Thank you to everyone who continues to read with interest how the club is progressing. I’ve learned over the last seven years that while we don’t always know exactly how many supporters read our newsletters, they are an important we to stay connected to OCGAFC. Before you delve into Gavin’s wrap and the excellent match reports, I wanted to gentle remind our passionate supporters that we genuinely need you in two critical ways.

There are still tickets available for the Gala Ball on April 30th where we’ll be announcing the Teams of the Decade for our Women and Men and celebrating our 60 Seasons. All are welcome and it promises to be an incredible night for our community.
If you’d like to discuss memberships, upcoming social event ideas or anything relating to past player activity feel free to call me – 0499 333 571 - or email adamkyriacou11@gmail.com

It was another cracking weekend of footy with four strong wins and a gutsy performance from an undermanned Unders outfit. The 26-degree day certainly took its toll, with a number of players feeling the effects at the end of each game but no-one was complaining given the sensational condictions for free flowing football.

Who would have thought the Grand Prix would affect the footy on a Saturday afternoon but that is exactly what happened. That, coupled with an unfriendly timeslot of 4.45pm Saturday saw our Thirds searching far and wide just to field a team. Against the odds the boys managed an impressive 11-point win to remain undefeated at the top of the table.

As mentioned in the intro, our Under 19’s had a tough day out at Williamstown. Going into the game undermanned due to injury and Grand Prix watching, we lost more players to injury during the match, finishing with only 17 on the ground. The Easter break has come at a good time, allowing the boys to regroup and come out reinvigorated for round three.

The women’s team recorded its second solid victory, this time out at Therry. They are playing an exciting and expansive brand of Weller footy which is bringing early season success to build on.  For the second week running it was a milestone game – this week Steph Defina played her 50th game. Well done Steph on an outstanding contribution to our football club.

Both the senior men’s and reserves teams had emphatic wins. Excellent team football has been a feature so far. Keep up the good work lads.
Thanks to all of our volunteers over the weekend. One of the “issues” of being in Div 1 is the need to find a lot more match day officials, so thanks to all of you that volunteer to field, goal or boundary umpire, as well as our regular team managers, timekeepers, footy ops officials, canteen helpers, trainers, runners, water carriers and son on. We appreciate your help.

We now have an early break in the season due to Easter, and return on Saturday the 23rd, when four of our teams will be at home. Our thirds will be playing at Glen Eira that weekend.

I look forward to seeing you all then.

Round two saw the Weller Reserves return to GBO to take on Therry Penola. With dry conditions and the home deck looking the goods, the message was simple: win it at the coal face, run hard and have courage in our ball movement. The boys didn’t disappoint.

Jimmy Wilson was a welcome return giving our on-ball unit first use. Cohen backed up his prior week performance showing a calm head under pressure, Rusty got plenty and pushed forward willingly and Youngy did Youngy things all day long.

Our defence was spoilt with the inclusion of Cam Wilson who quickly showed the sort of aerial prowess that sees him a regular fixture in the ones and Phil Corso welcomed a role change this week using his strong run to fuel many counter attacks and chip in with a cheeky sausage too.

The flood gates opened in the last with the Wells piling on eleven majors. Schipper wet his beak with six goals and 5 for Matt Vogel who was another welcome return.

We enter the Easter break full of momentum and belief but will enjoy the well-earned rest.

It was a late 4.45pm start at the Brighton Beach Oval for the Old Camberwell People’s 18 clash against Old Brighton on Saturday. Given the timing clashed with the F1 Qualifier we had a number of last week’s players unavailable (only 8 players from Round 1), which provided us with the opportunity to play a lot of new players and share some leadership roles. Congratulations to Matthew Todd who took on the role as Acting Captain and led with skill and courage. Also a special mention to Zach Herbstreit who rucked all day and Macca (our specialist full forward) for assuming the on-field leadership roles, providing a steady and reassuring voice when needed.

It was a warm and sunny afternoon showcasing our glorious city for the world to see over the Grand Prix weekend. The balmy breeze was blowing from the north and favouring the southern goals which Old Brighton kicked too in the first quarter. Nevertheless, we managed to defend well and level the score at the first break with a well-executed first goal from Macca. Capitalising on the breeze in the second quarter, we kicked accurately to create some real scoreboard pressure at the main break - a 17 point lead; goal kickers Rob Spagnoletti, Sam Copper, Will Bartram and Macca.

The boys enjoyed the long break given we only had 2 on the interchange, players rehydrated and prepared to defend the scoring end of the ground. Great pressure in the backline and an adherence to the game plan in the 3rd quarter kept the opposition to 9 points only, with Old Camberwell sneaking in another goal off the boot of Joey Simon. We entered the 4th quarter 16 points up and kicking with the wind, but unfortunately the breeze died and provided no real advantage. The sun had set and the light towers illuminated the battlefield for a very intense last 20 minutes of footy. Old Brighton had plenty of momentum, but our boys dug deep and kept their heads to come home with an 11 point win after another goal from Rob Spagnoletti.

Old Camberwell are now top of the ladder which is pleasing this time of the season. Our very deep list should hold us in good stead over the season. We have a rest over the Easter break and back on the 23rd of April playing Glen Eira at 9.20am (our normal time slot).

Wishing everyone a peaceful and enjoyable Easter with family and friends.

Heading away for Round 2 and excited to celebrate another 50 game milestone for our 2017 premiership captain Steph Defina.

Taking on Therry Penola was never going to be easy on their home ground and the game started at a fierce pace with both sides attacking the contest. It was a superb snap by Sara Fortunato that kicked started the day. This was followed by a goal to Maggie Wilson and then El Defina as we managed to get out to a good start with a slight breeze as we headed in with a 20point advantage at quarter time.

The third quarter we had plenty of chances to put a gap against the opposition but we were unable to capitalise kicking 1 goal thanks to Maclyn Matheson who marked and kicked strongly, however we could only manage another 5 behinds for the quarter as we increased our lead to 27 points at the final break. The work of all our players was fantastic as both teams were competitive at the stoppages and across the ground.

The final quarter we continued to work hard and run out the game. And when Sara Fortunato kicked her second goal for the game it was going to be hard for Therry to close the margin. Despite finishing with a goal themselves, we had managed to grind out a tough win by 26 points. Maddy Sloane and Bella Griffin both had great games providing plenty of run throughout the day.

Thanks so much to all those that helped on the day - from umpires, timekeepers, our runner Steph Elovaris, goal umpire - Nat Decarne, Rob Deev who boundary umpired and our trainers. We can’t have these games without the support of these people, and we really appreciate it.

It was terrific to get the win on the weekend and we are looking forward to taking on an undefeated Beaumaris at home after the break this weekend. We hope to have a great crowd to support again.

Old Camberwell under 19’s headed out to Williamstown, in search of what we hoped would be a win that would kickstart our season.

Under bright sunshine and kicking with a strong wind, our boys played a wonderful first quarter, pouring on four goals. It was our wingers, Wheelhouse and Dalla-Riva that put on a clinic, running hard and kicking cleverly into our forward line. Harry Rice was prominent, marking strongly and kicking two majors in the first.


The second quarter was a tight tussle, with the likes of Blew and stand in ruckman Rendell working hard to stop a pretty slick Williamstown on ball brigade.

Just four points down at half time.

From the opening bounce of the second half, it appeared that having just 19 fit players was going to take a toll. Williamstown were brilliant, running strongly and flicking the ball out of half back at will. Despite the incredible, repeat efforts of Kimmitt, Lynch, Beechey and Lawrence down back, there was no stopping the run and carry of our opposition.

A highlight all game though was the stand in match that soccer player Blake Pearson played for our club. Pace, aggression, decision making, it was all on display. Wow could that boy be an incredible footballer!

The last quarter was a demolition. Our lads tried their guts out, but they simply ran out of legs, and Williamstown got better and better. This was another game where a mix of fitness and not having our best, and a full squad available hurt us badly.

We now have two weeks to regroup. Here’s hoping we have a fully fit side to take on Oakleigh in round 3.

The Wellers chalked up back-to-back victories at GBO on Saturday as our boys continued our early season form with another impressive 97-point win at our beloved GBO.

Some slick ball movement and intense pressure made sure we started well against a spirited Therry Penola. Sam Murphy was on fire early and would finish the day with a bag of 5 majors.

The fast deck suited our runners with Latsas in everything & Verbi polished on the outside. Second gamer George Kalargyros took over in middle & finished his fine work with a long-range goal late in the game. It was great to see the boys get over and celebrate our youngest members first goal for the Club. Congrats George.

Tom Oliver was back in the side and completely blanketed their big forward as Therry could find no other avenues to goal.Lachie Powell was dominating across half back and providing many forward opportunities to the likes of Harry Laukens (3 goals) & Hart (2 goals) who would finish off their fine work.

Harrison Lucas & Fin Sampson were creative on their respective wings & Jimmy Allen was prolific throughout the day & also finished his fine work with 3 goals.

The Wellers playing a selfless brand of football with 10 goal kickers on the day.

We will have a spell over Easter and look forward to a tough month of football ahead.

Hope to see you all in a few weeks with another home game V Assumption/Prahran at home. Would be fantastic to have some home support for this big game.

Cheers to all helpers who commit their time & efforts every week. We couldn’t get it done without you. 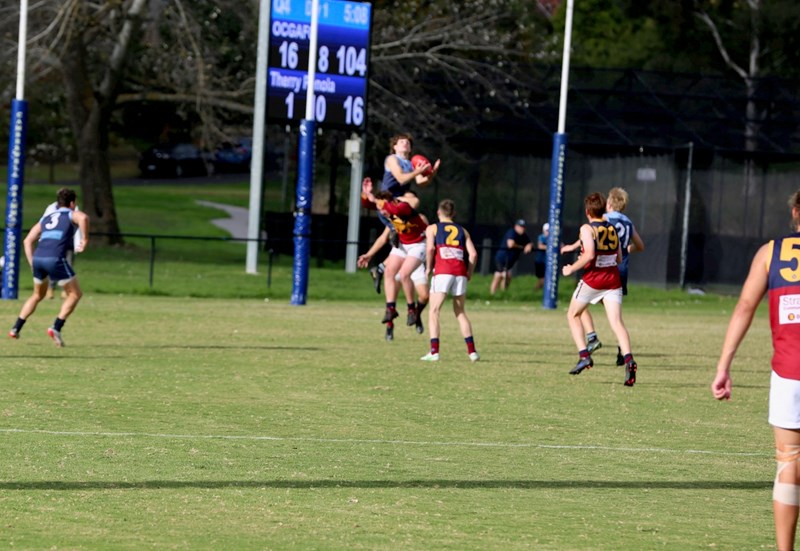 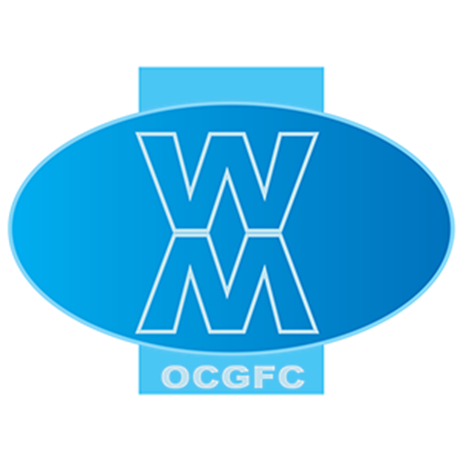 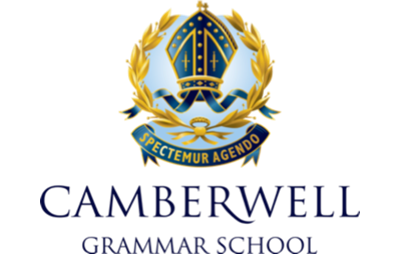 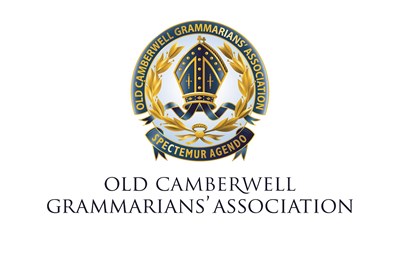