Mens U19 vs Peninsula

We returned to our home deck this weekend searching for a victory against a very strong Beaumaris side. The contest was hot from the start but we were not making the most of our chances and forays forward as we trailed at the quarter time break by 2 goals.

The second quarter was where we started to lift as Deanna Booth, El Defina, Clare Wilson and Sara Fortunato got to work in the midfield and the ball lived in our half of the ground. Maggie Wilson and Sophie Bangs made the most of their opportunities as we kicked 2 goals in the second term to even the scores leading in to the main break.

Our third term was a battle between the arcs as both teams struggled to get deep entries into dangerous areas. Our back 6 continued to fight and scrap at every contest ensuring that we were able to go into the final break only 1 point down.

In the final quarter, we used our run and spread to our advantage as Alex Herrington kicked a crucial goal to give us the lead mid-way through the term. With only 3 minutes to go, Steph Defina showed tremendous courage, backing into a pack to create a stoppage and prevent a dangerous scoring opportunity. Holding on to get the victory by 5 points, we continue to defend our home ground advantage and look forward to a big challenge next Sunday against Melbourne University.

Thanks to all supporters, the numerous helpers and of course the players who supported both teams on the day as we finished off super Saturday with 2 crucial victories.

We look forward to next weekend's big match. 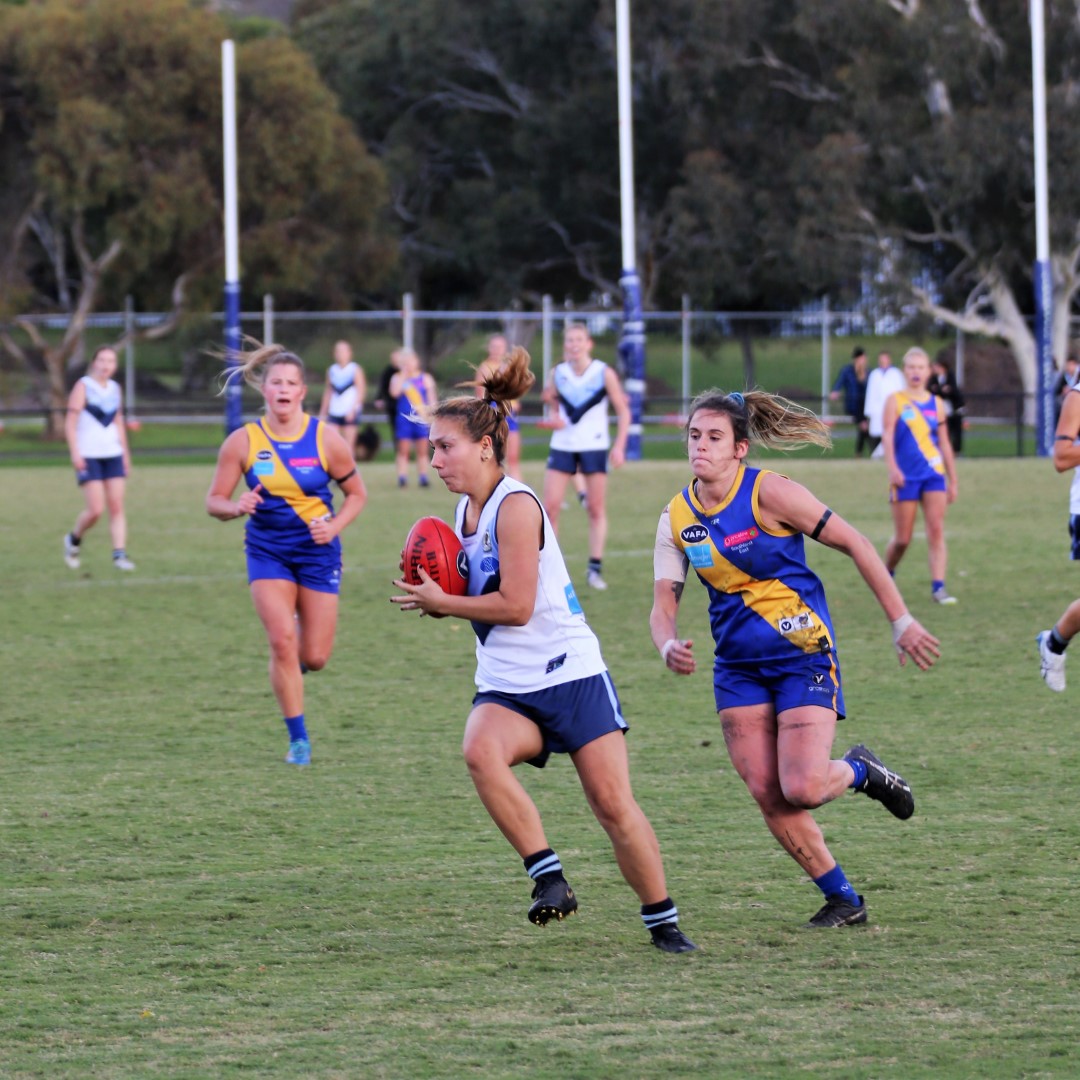 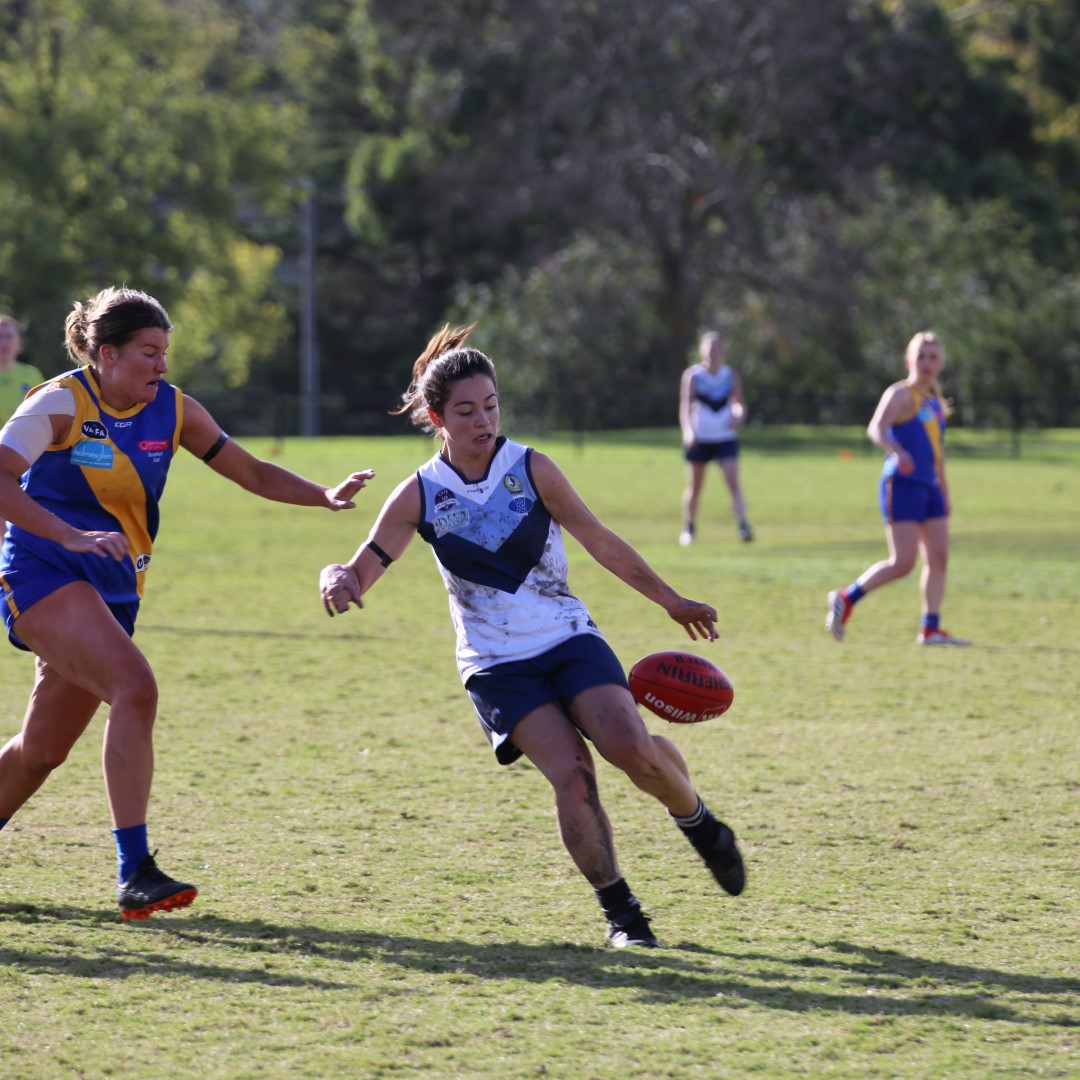 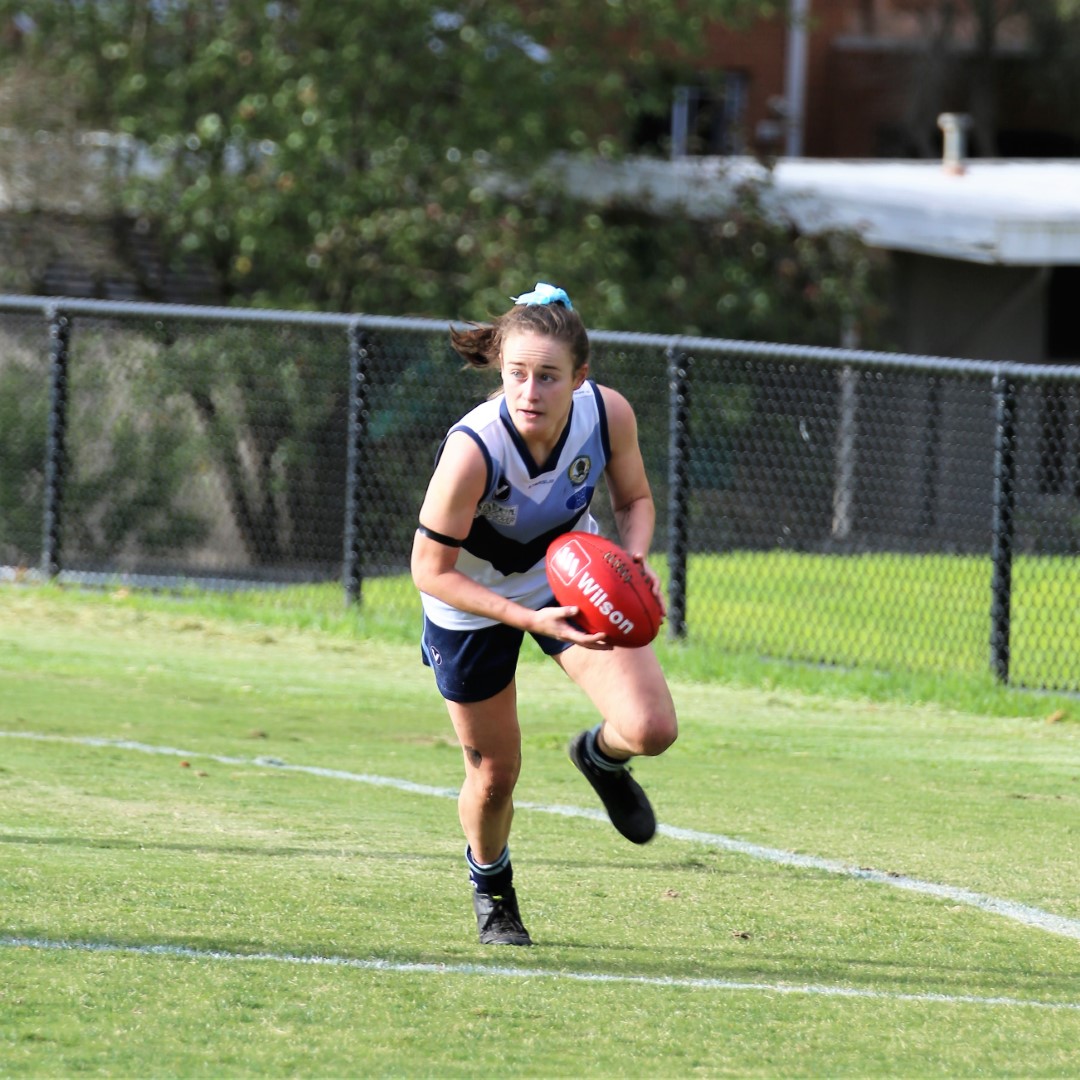 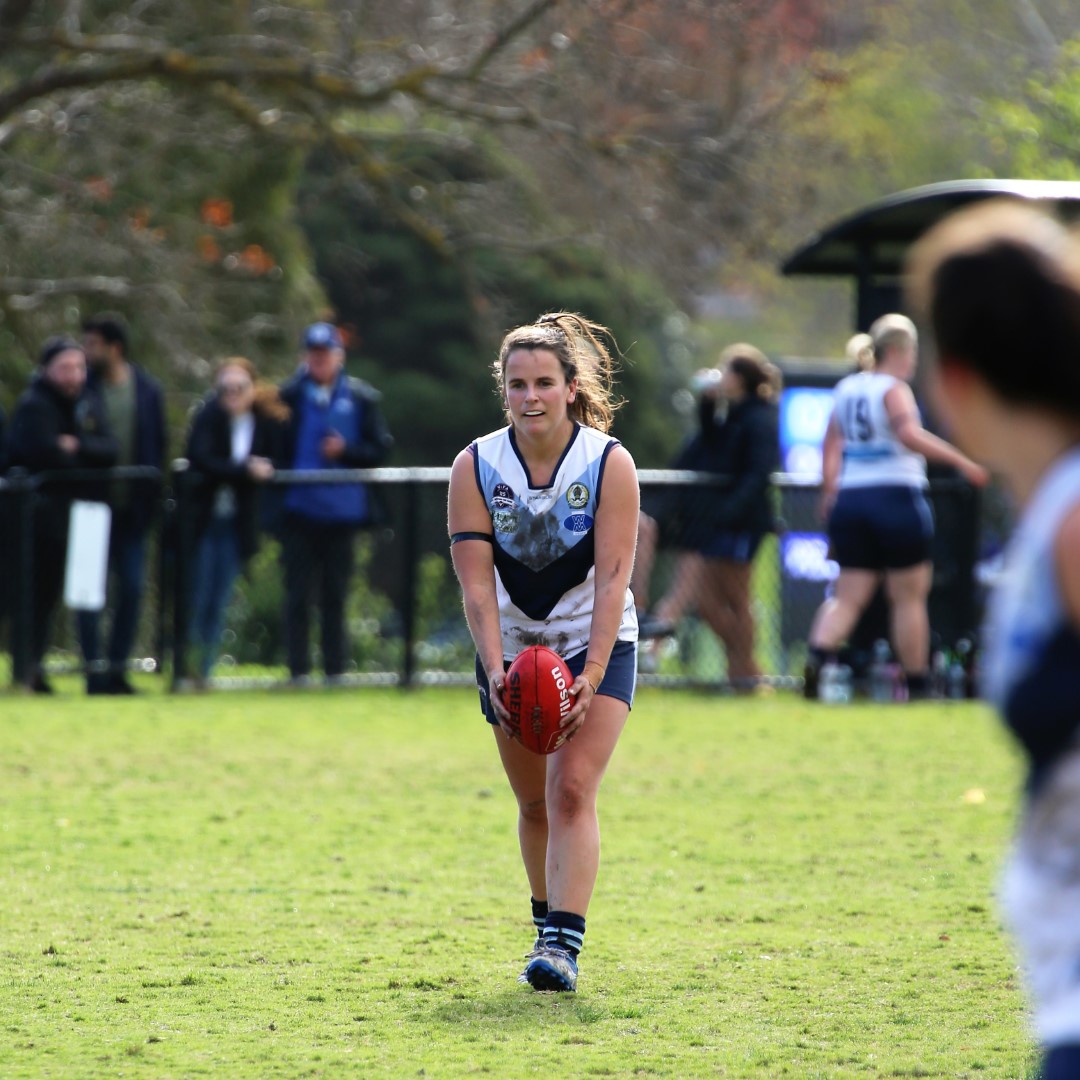 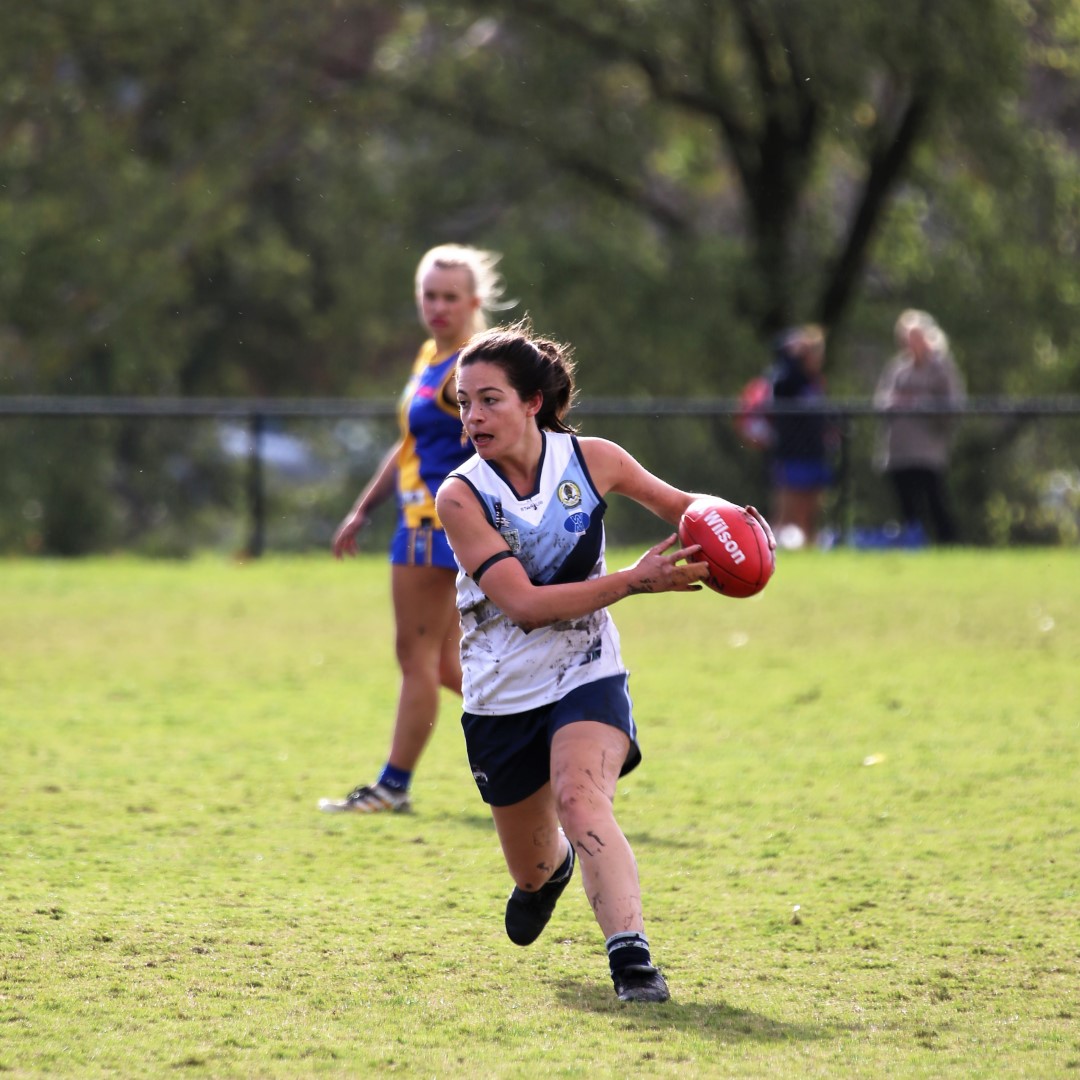 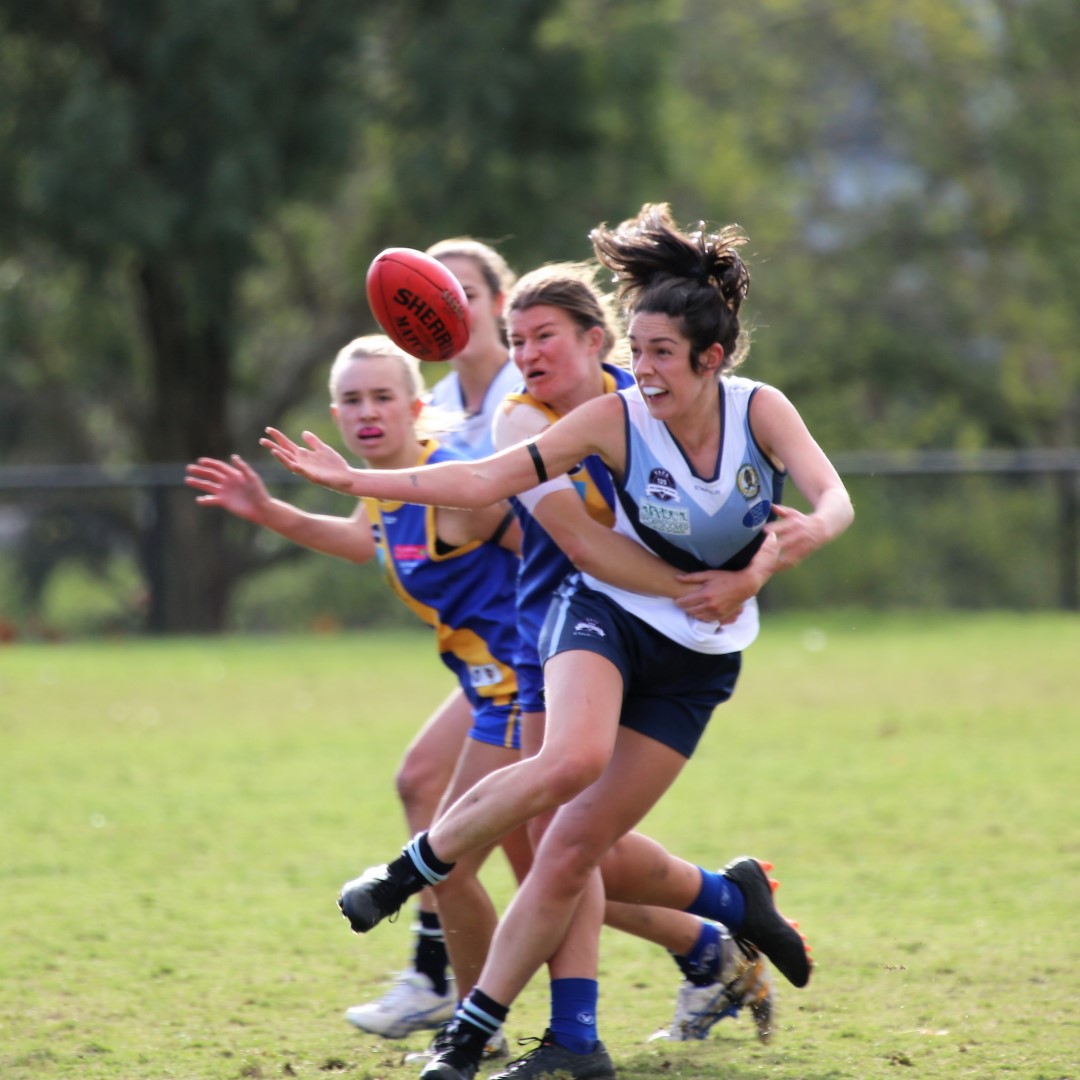 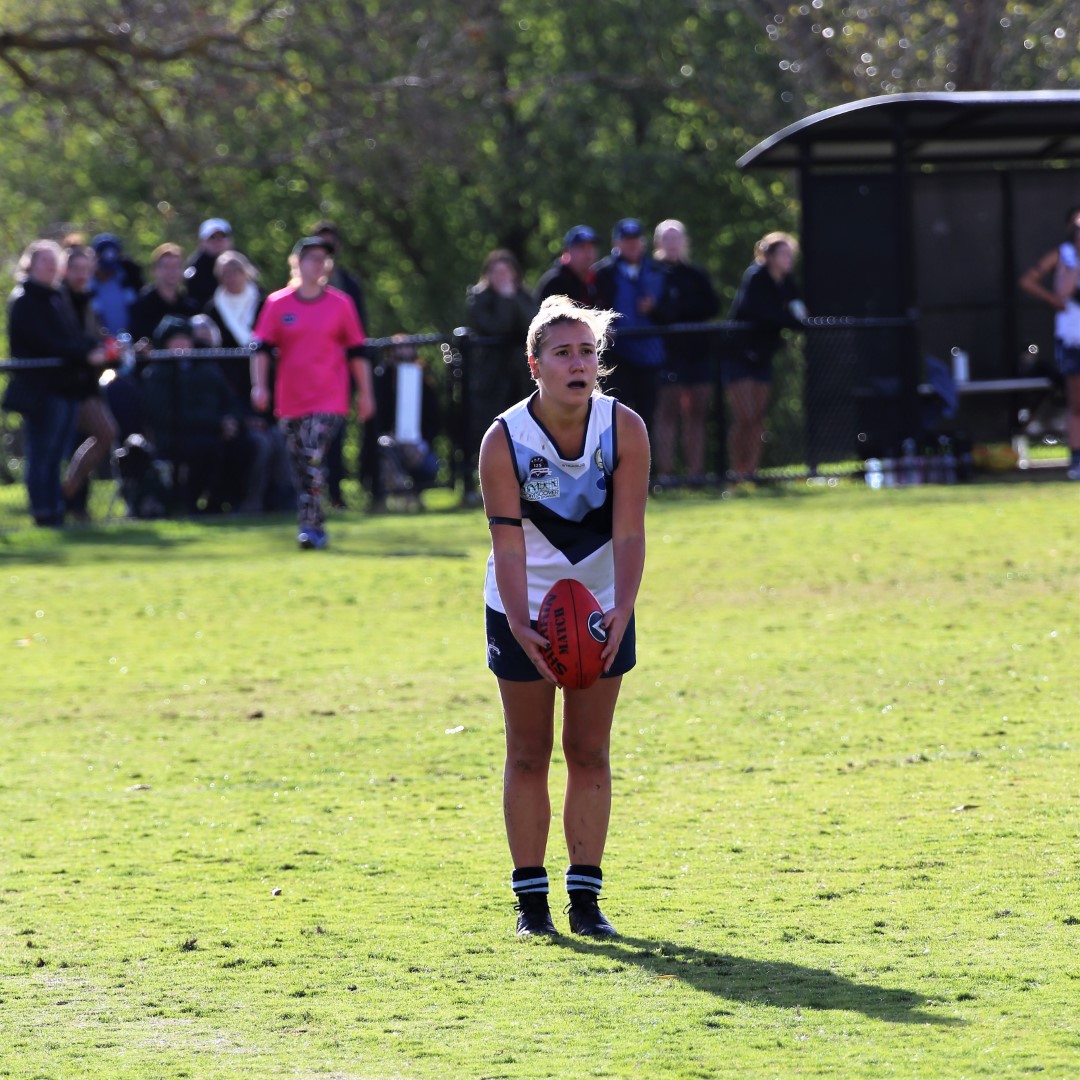 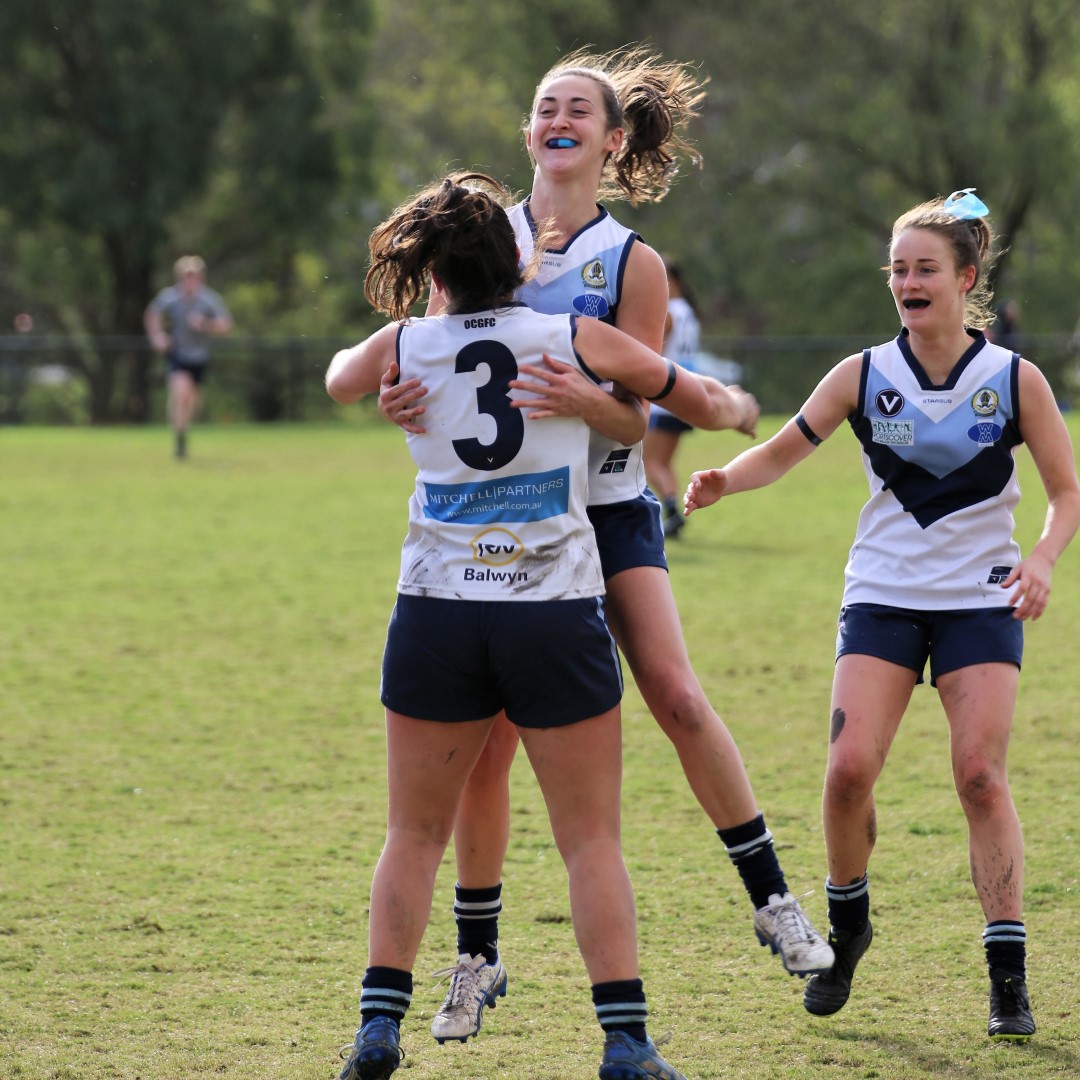 Round 6, one third of the way through the season and a home game in front of a larger than usual crowd, comprising a number of recent past players and their children, and we looked forward to meeting PEGS who followed us on the journey from Premier C to Division 1 in 2020.

We lost Sam Murphy to a groin strain from the previous week however Big Gus Milham rejoined the group having recovered from another groin strain to bolster our Ruck capability and give us first use at stoppages.

The boys enjoyed a bright start kicking with the breeze to the Northern end and the ‘electric’ Riley Verbi showed his class with a 4-goal return from the 6 scored. This gave us a 19 point lead at the first break. With the Essendon boys enjoying the breeze advantage in the second, the coaching group were very pleased with the team’s effort in containing the opposition to early points. However, in a lapse of concentration across the board, the boys allowed 5 goals through in the last 10 minutes of the quarter giving PEGS the half time lead, by a solitary point.

Jimmy Allen’s leadership qualities rose to new levels in the third and his tackle efforts through run downs of opponents, winning contested ball and strong finishing combined by strong defensive efforts from Robbie West and Rob Deevenabled the team to respond positively to the challenge presented by kicking 3 and ensuring the opposition did not score a goal. Ben Hart moved to the midfield to contribute drive forward as well. The final break saw the boys back in front by 18 points.

As forecast, the breeze advantage was diminished as the wind abated but we all knew the opposition would be hunting us hard as they battled to stay in touch with the competition’s Top 4 teams. Fortunately, the group adopted a never say die approach and whilst we conceded another 4 goals, we were able to manufacture efforts ourselves that enabled us to match the opposition and we completed the match with a 3 goal victory. 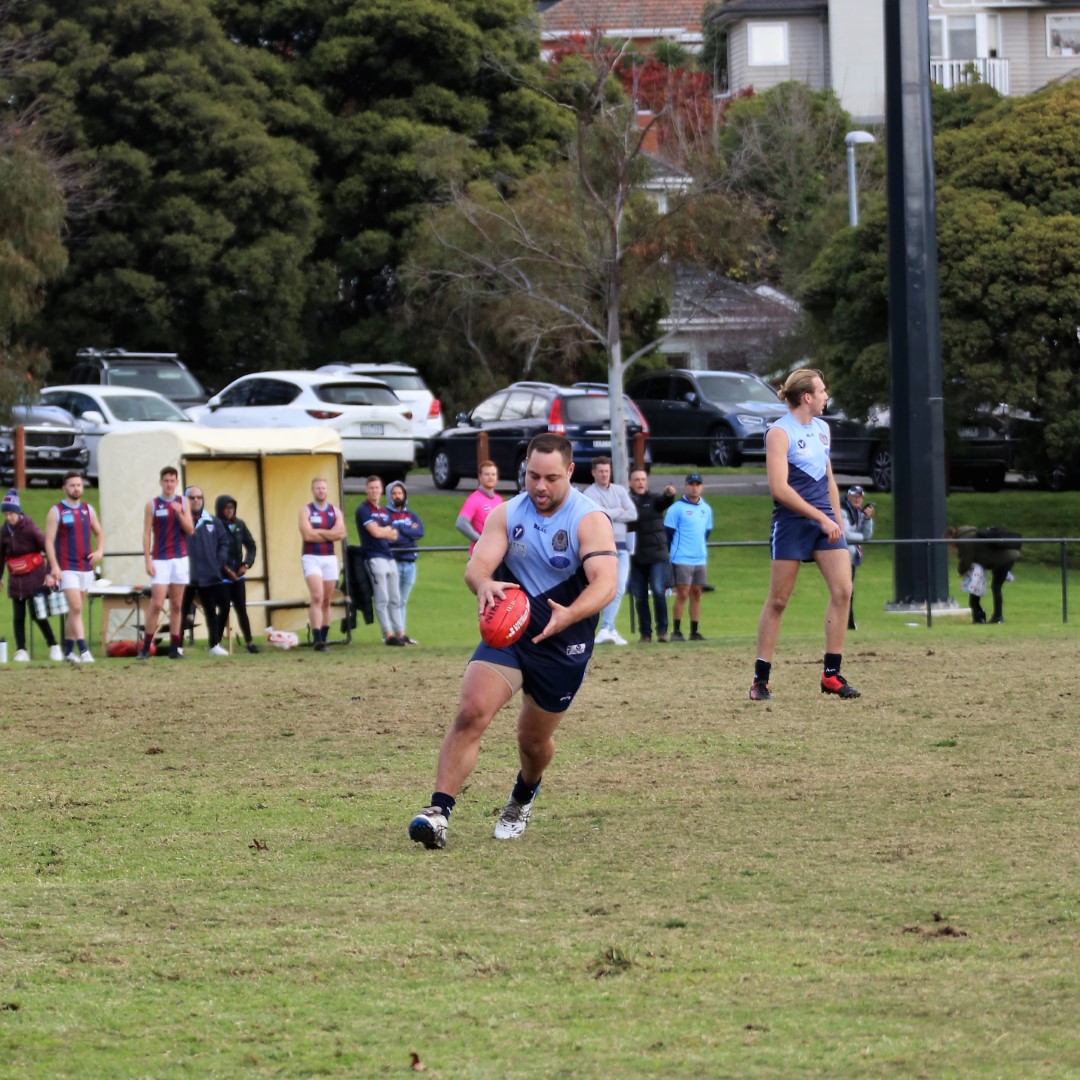 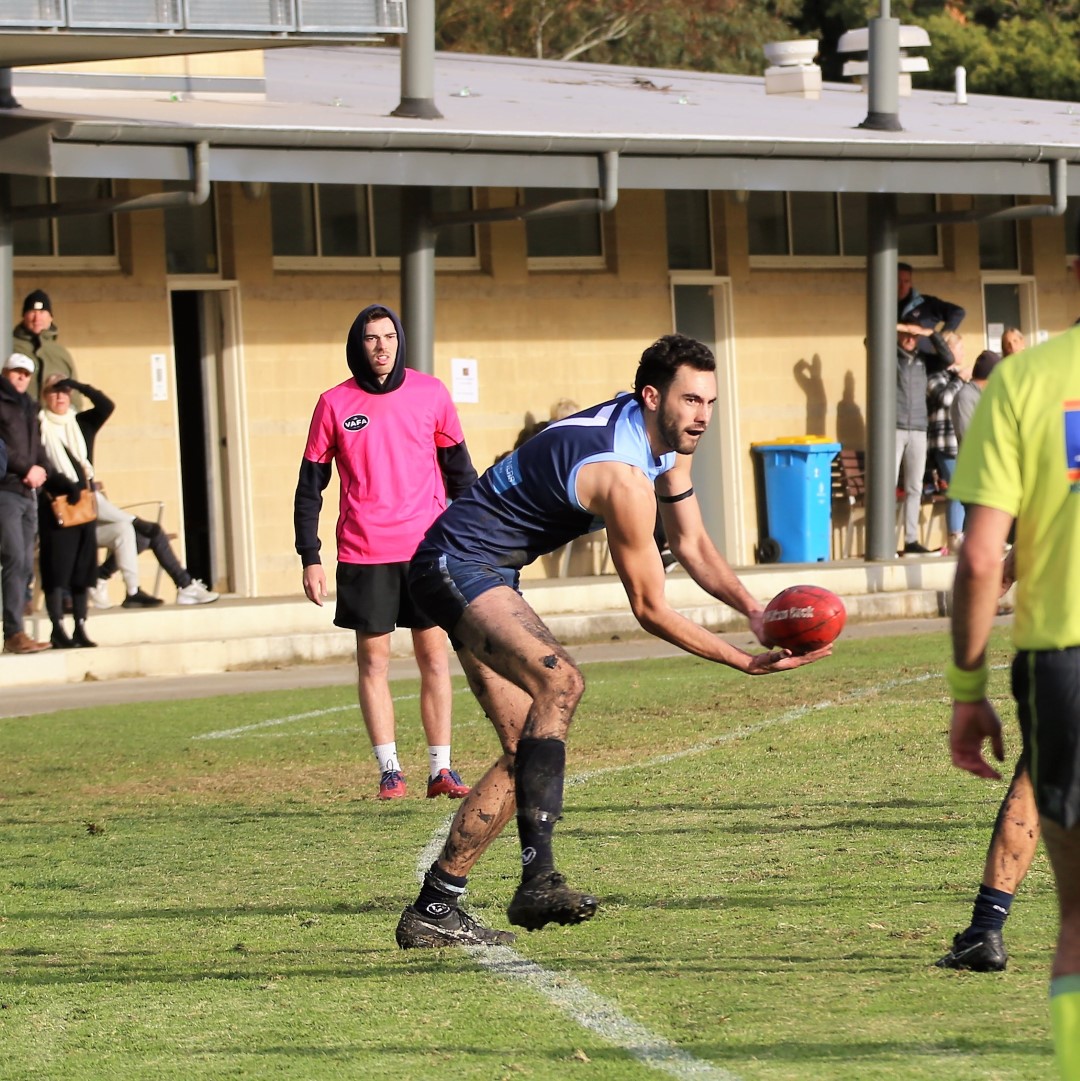 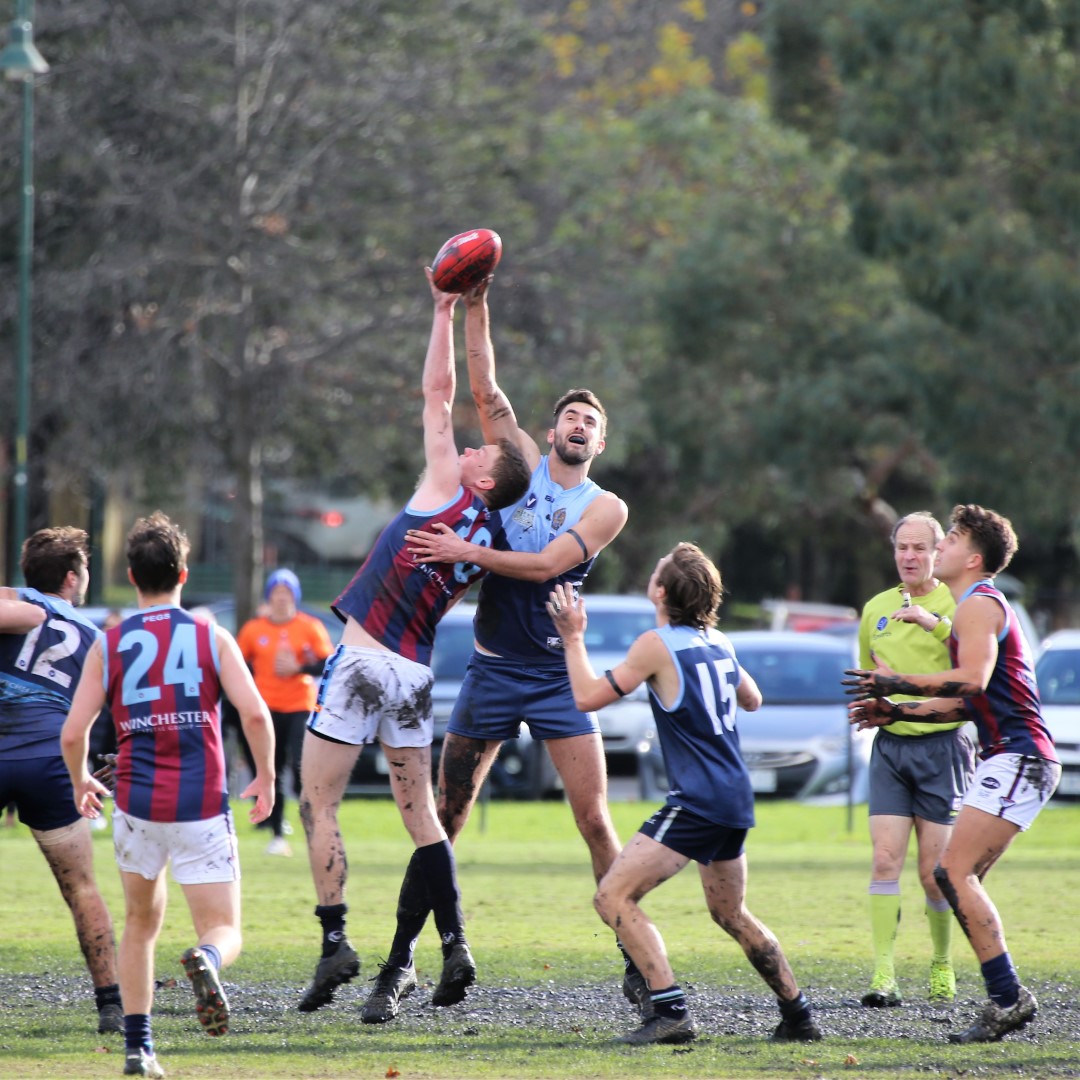 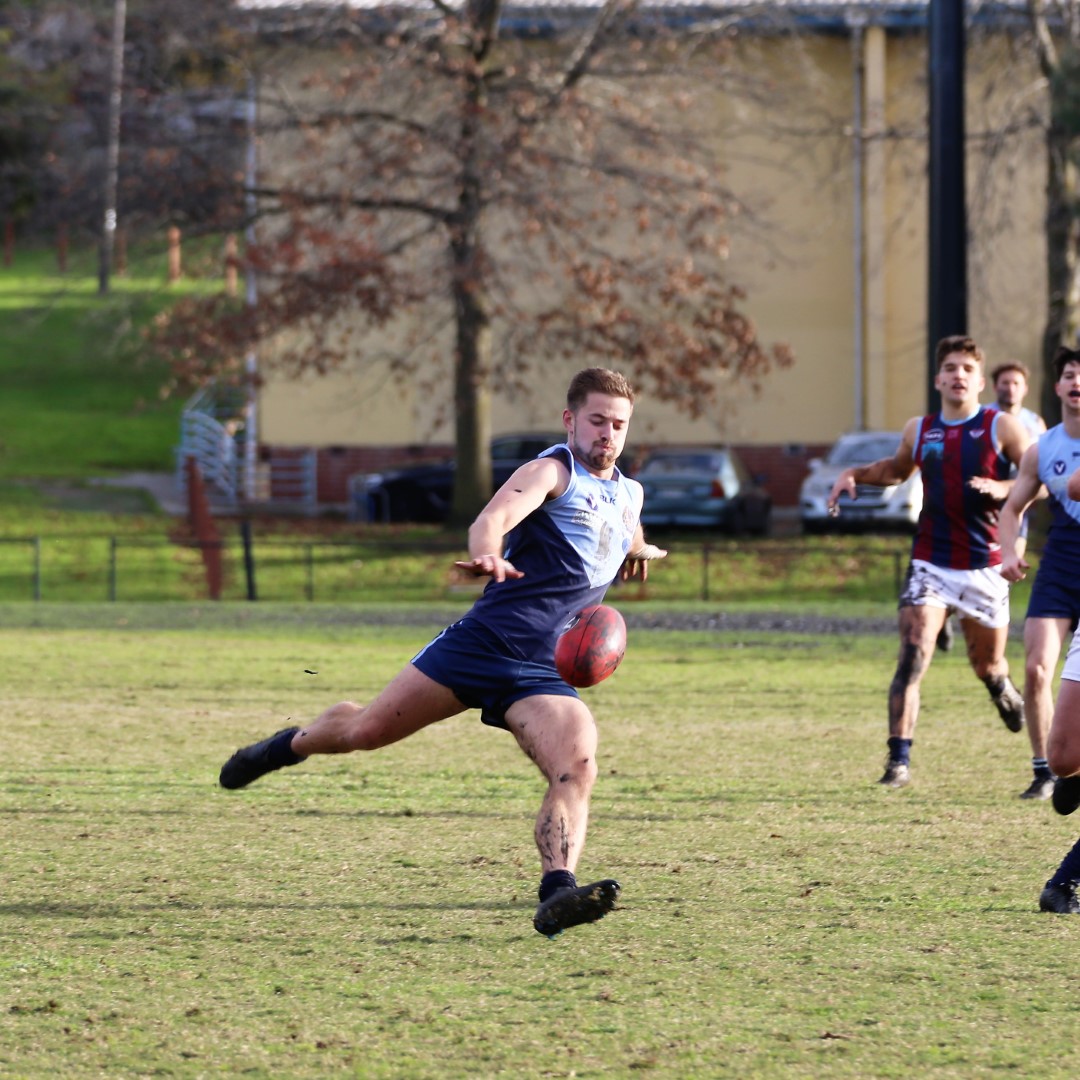 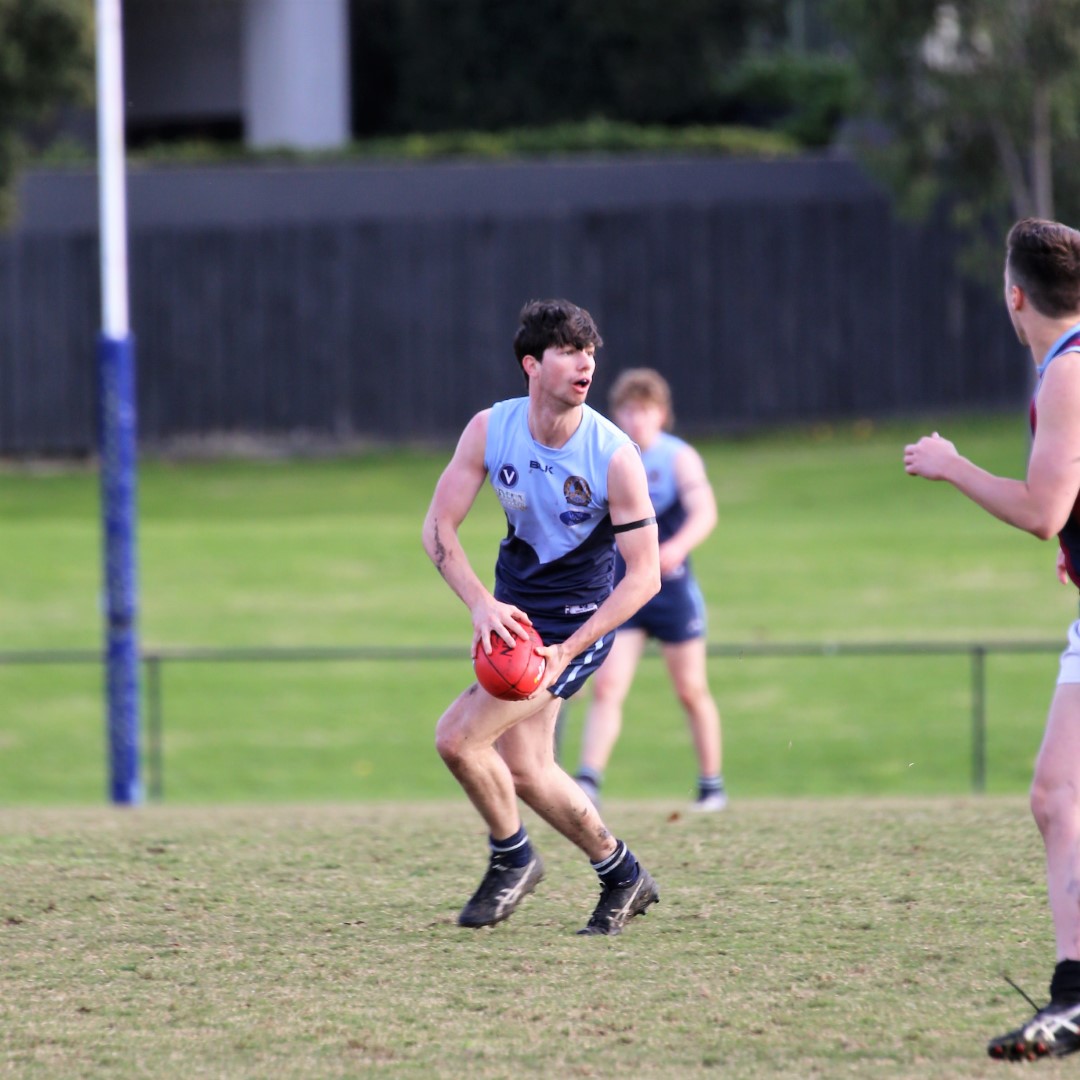 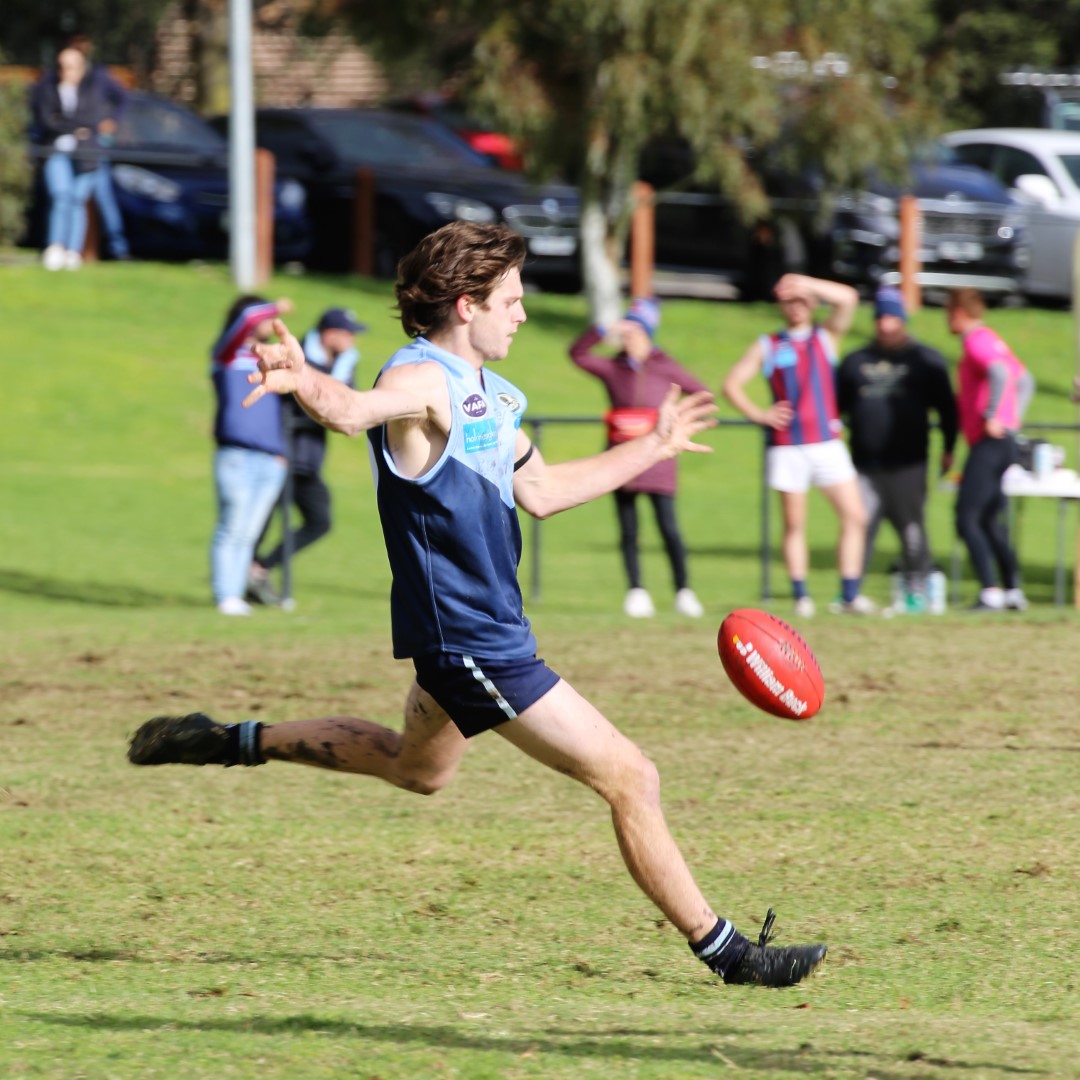 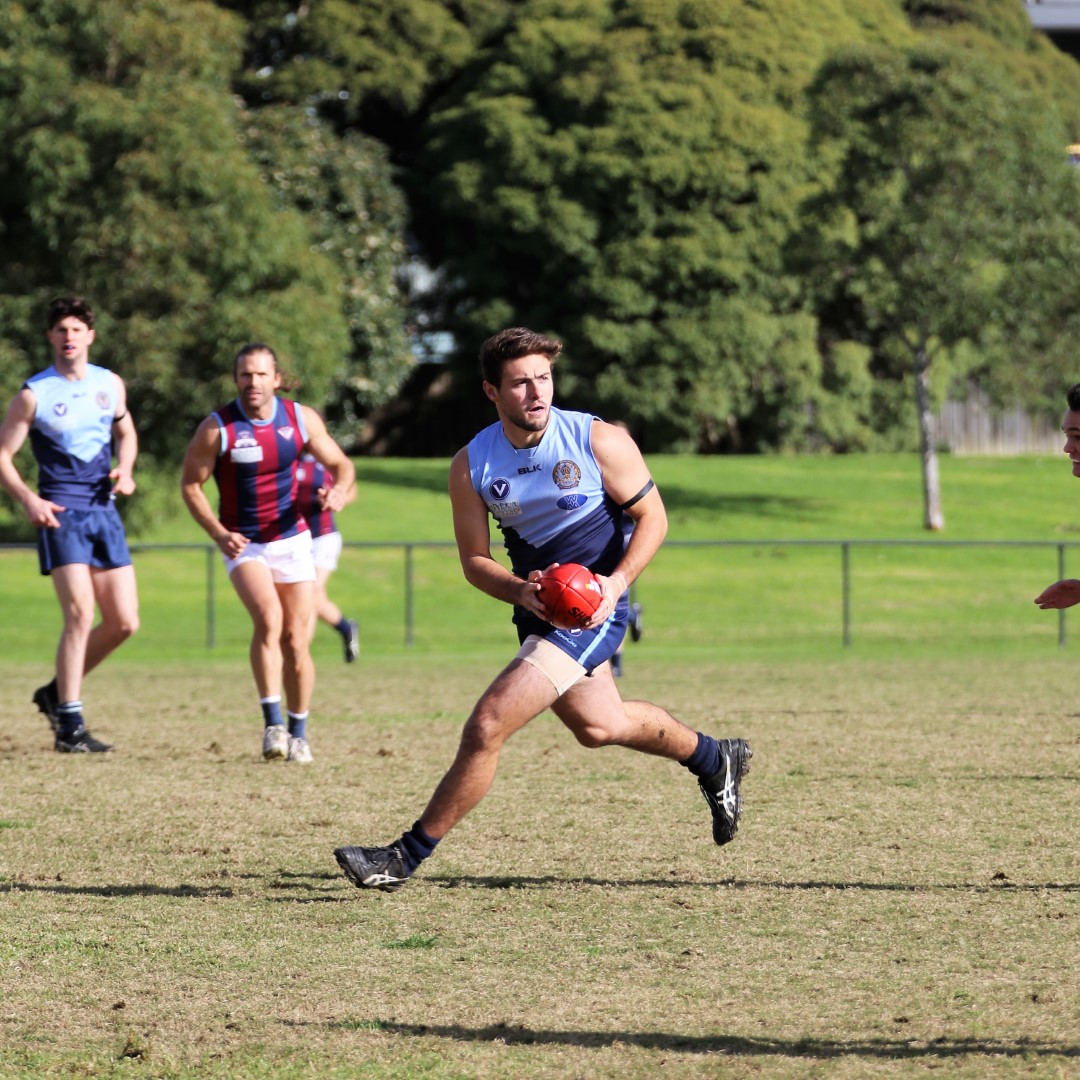 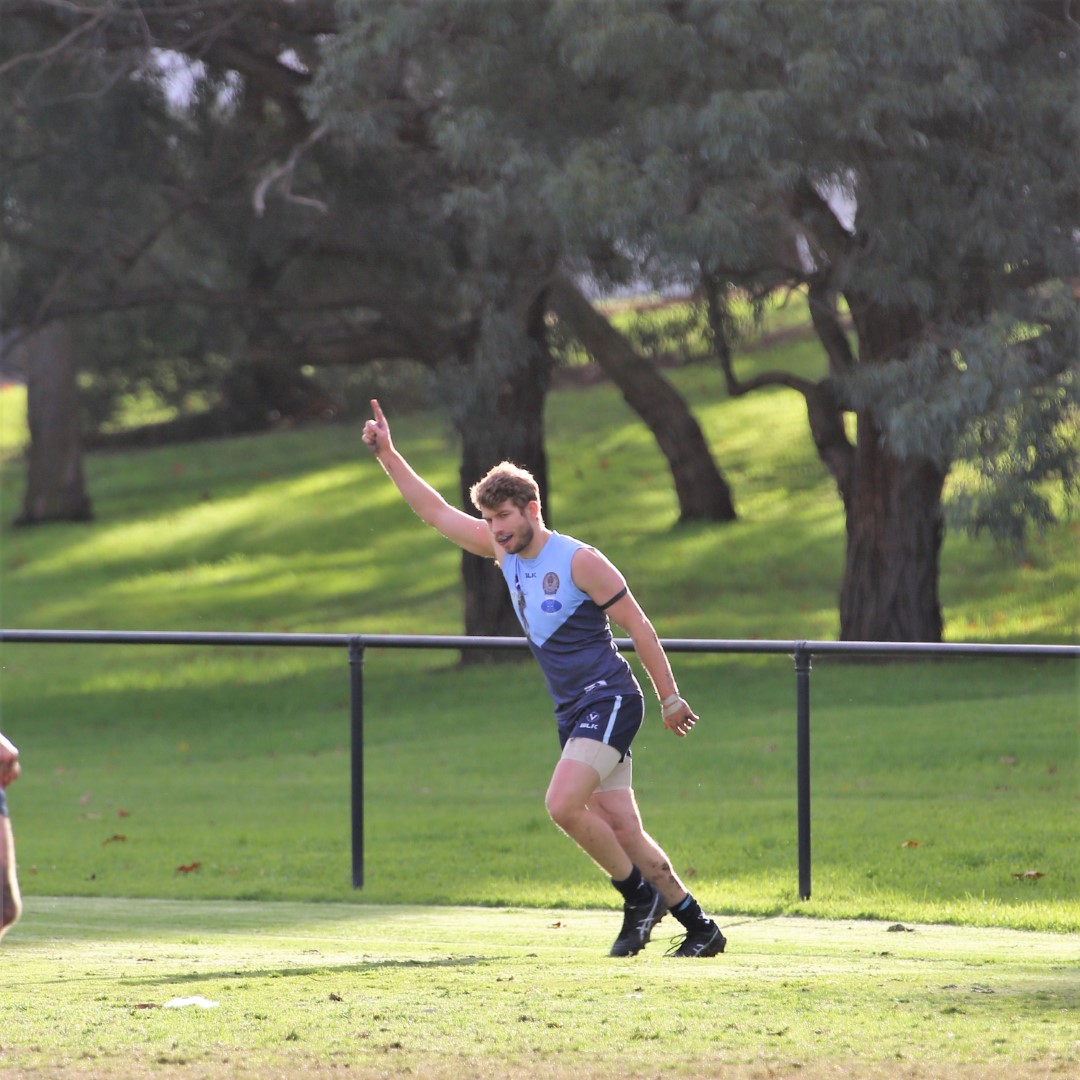 The first Super Saturday for 2021 and the club was buzzing at Gordon Barnard Reserve. A big shoutout to everyone who was involved in putting together the whole day and thank you to those that came along to support the club – whether it was at the brunch or to watch the games.

Before the start of the game we were stoked to announce that Laura Chesney would be captain of the Reserves for the season – Chez is a heart and soul player, who lives and breathes the Wellers culture and we know that she will lead this group strongly.

We came out firing in the first quarter and it was clear that our girls were on. We were kicking with the wind and scored two early goals through Nat Decarne and Amelia Standfield. Our backline held up against the wind in the second as we kept them goalless, and we came into halftime feeling like the game was on our terms.

In the second half, the girls did exactly what we discussed at half time – we consolidated our lead and maintained control of the game. In the process we discovered another mid/ruck in Kamilla Schou-Jensen, who found a lot of the ball and beat Beaumaris’ ruck around the ground. She was supported by a team of midfielders who were superb all day and led by the powerful efforts of Savannah Todd and Nat Decarne. Amelia Standfield continued to impress in the forward line and kicked our third goal to help strengthen our lead.

The last quarter was an arm wrestle and we again defended strongly against the wind, managing to keep them scoreless for the whole quarter. Special mentions to Prue Stoyles and Adriana Yung who played fiercely all day and both had very strong games.

It was a four quarter performance and we got our well-deserved first win. Well done to all the players and we are looking forward to building on this into next week! 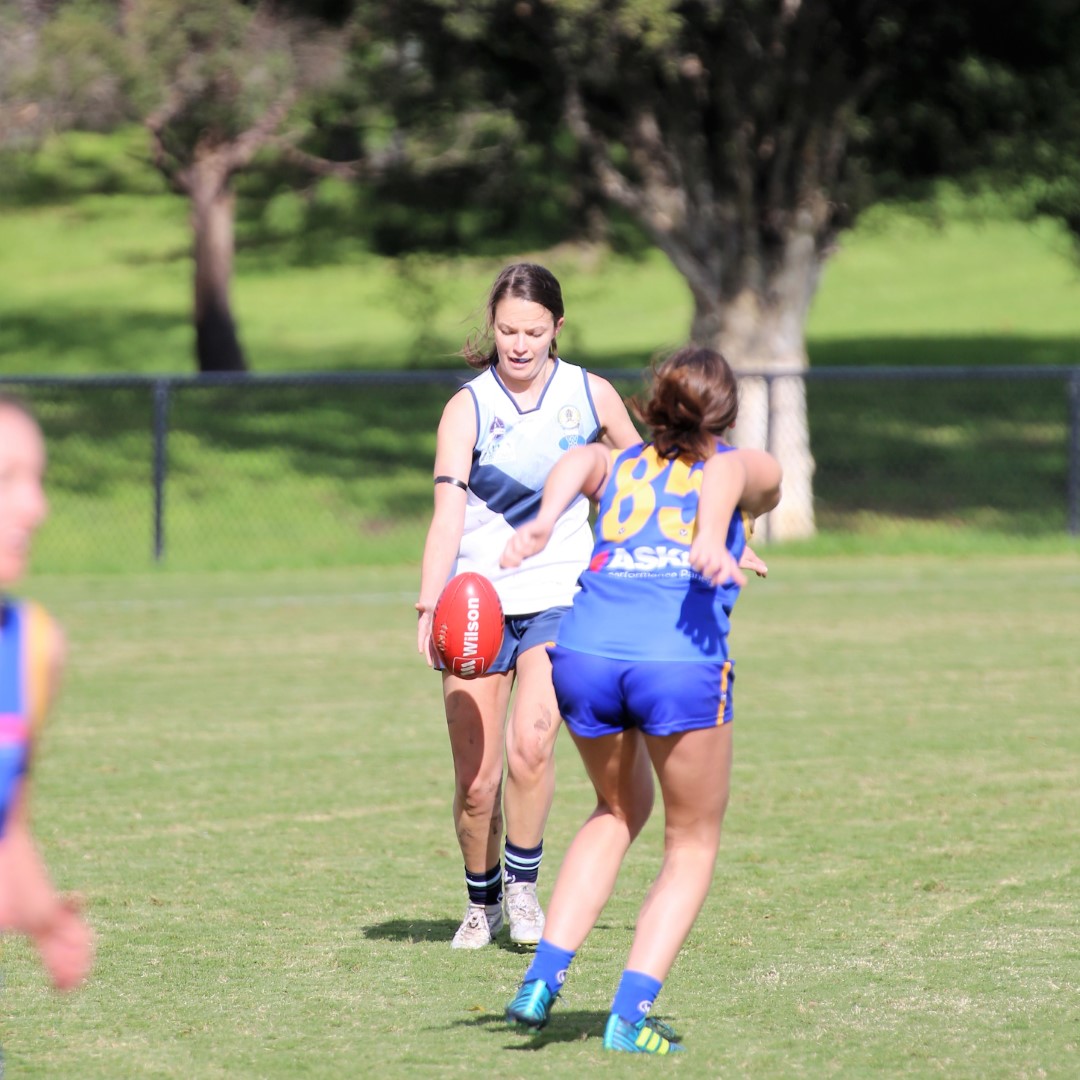 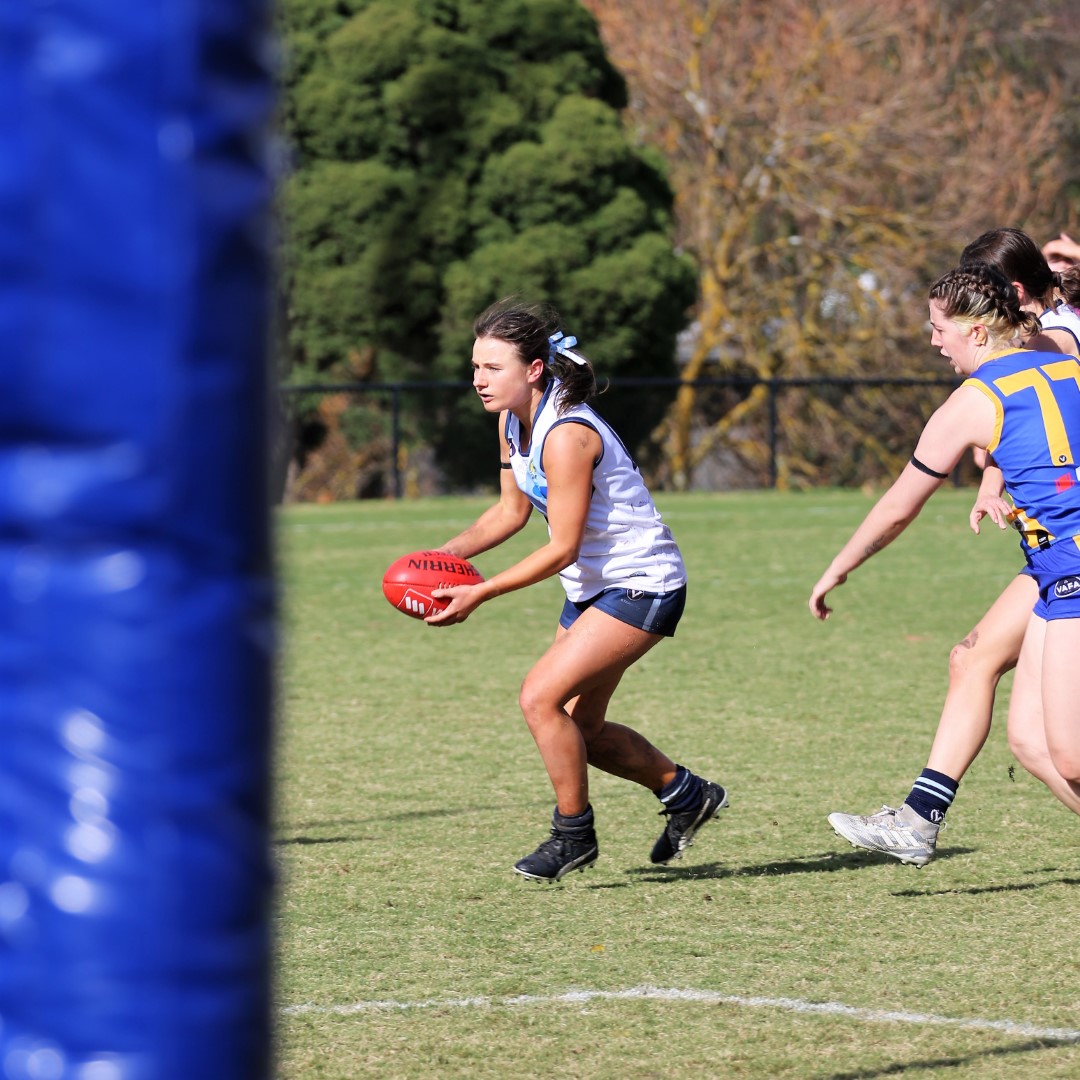 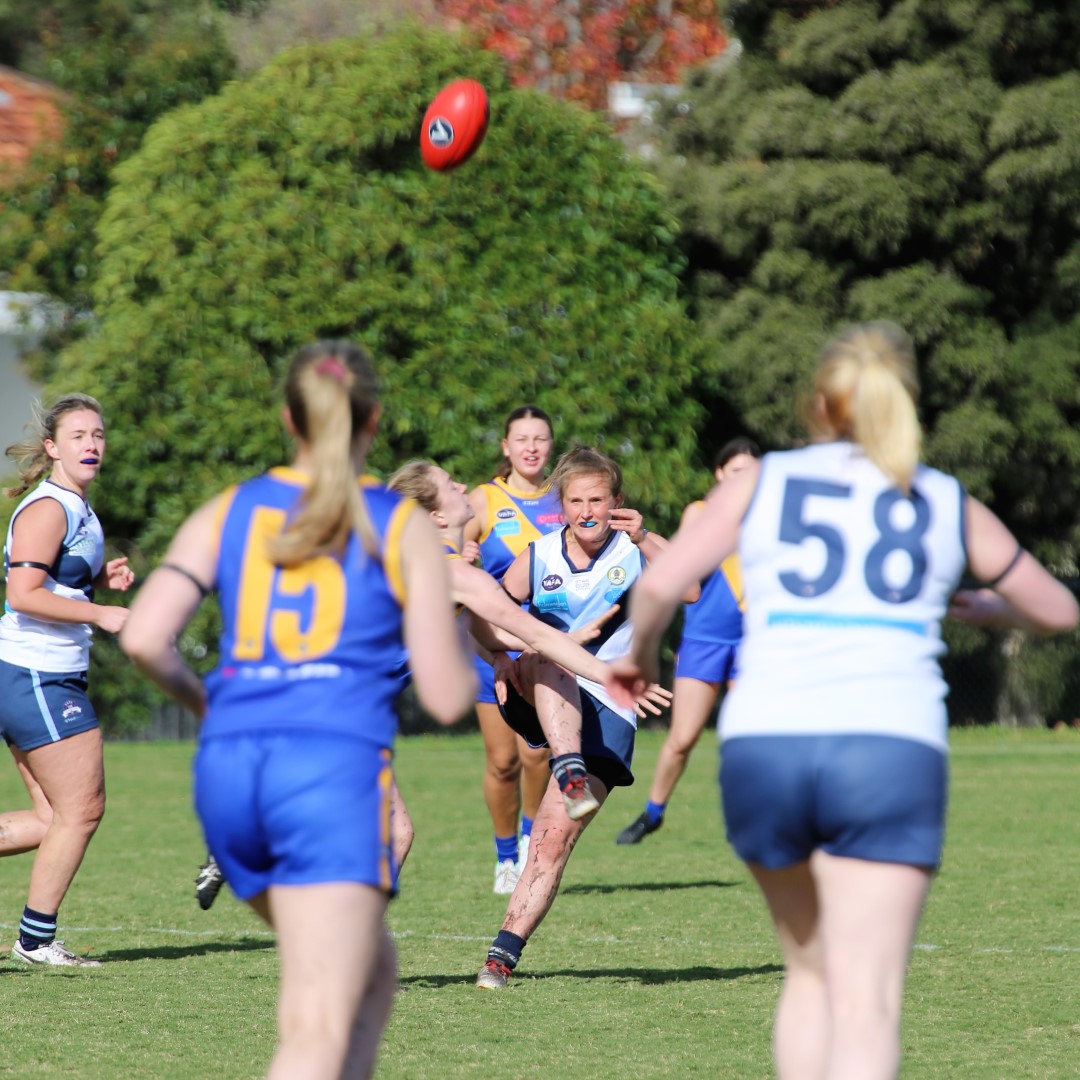 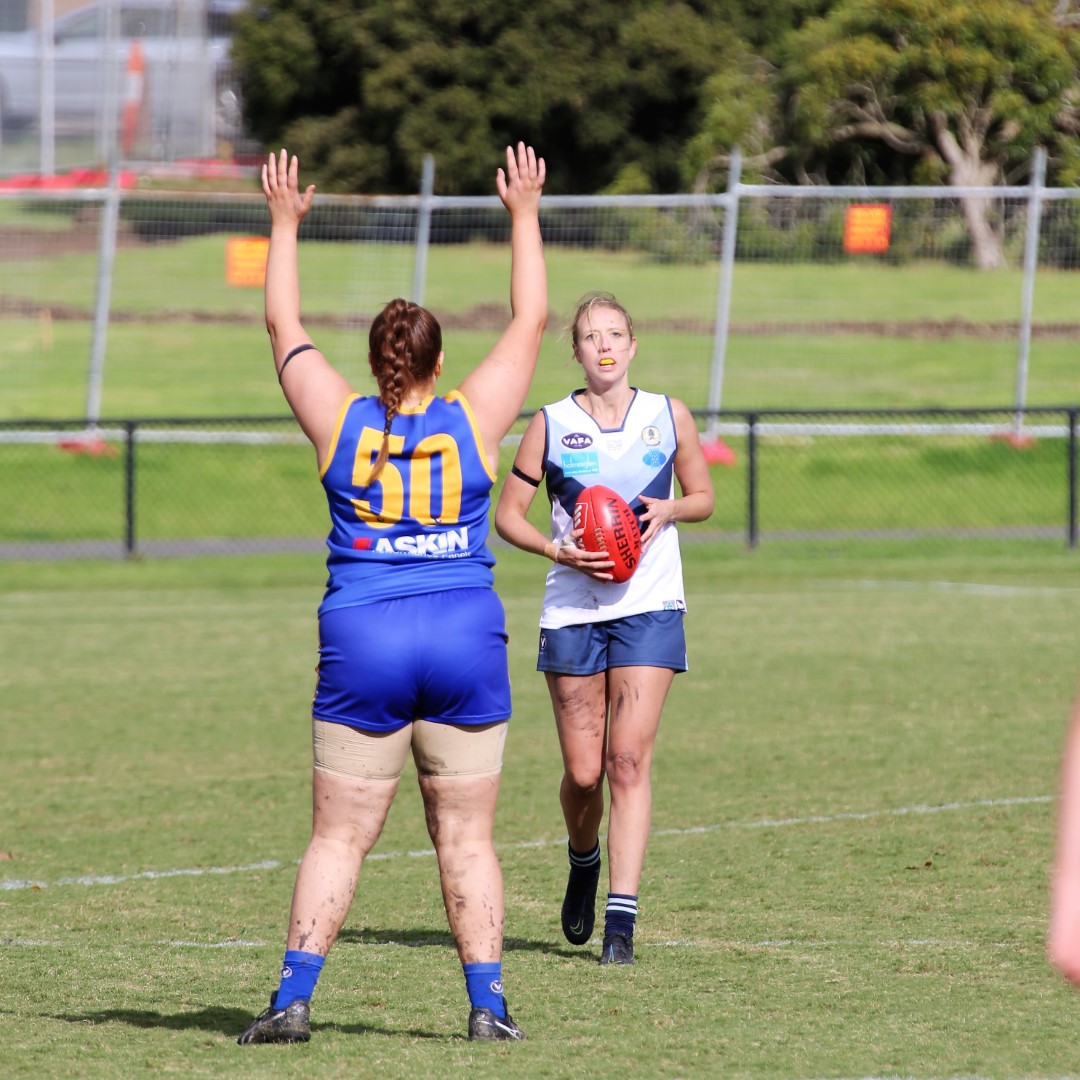 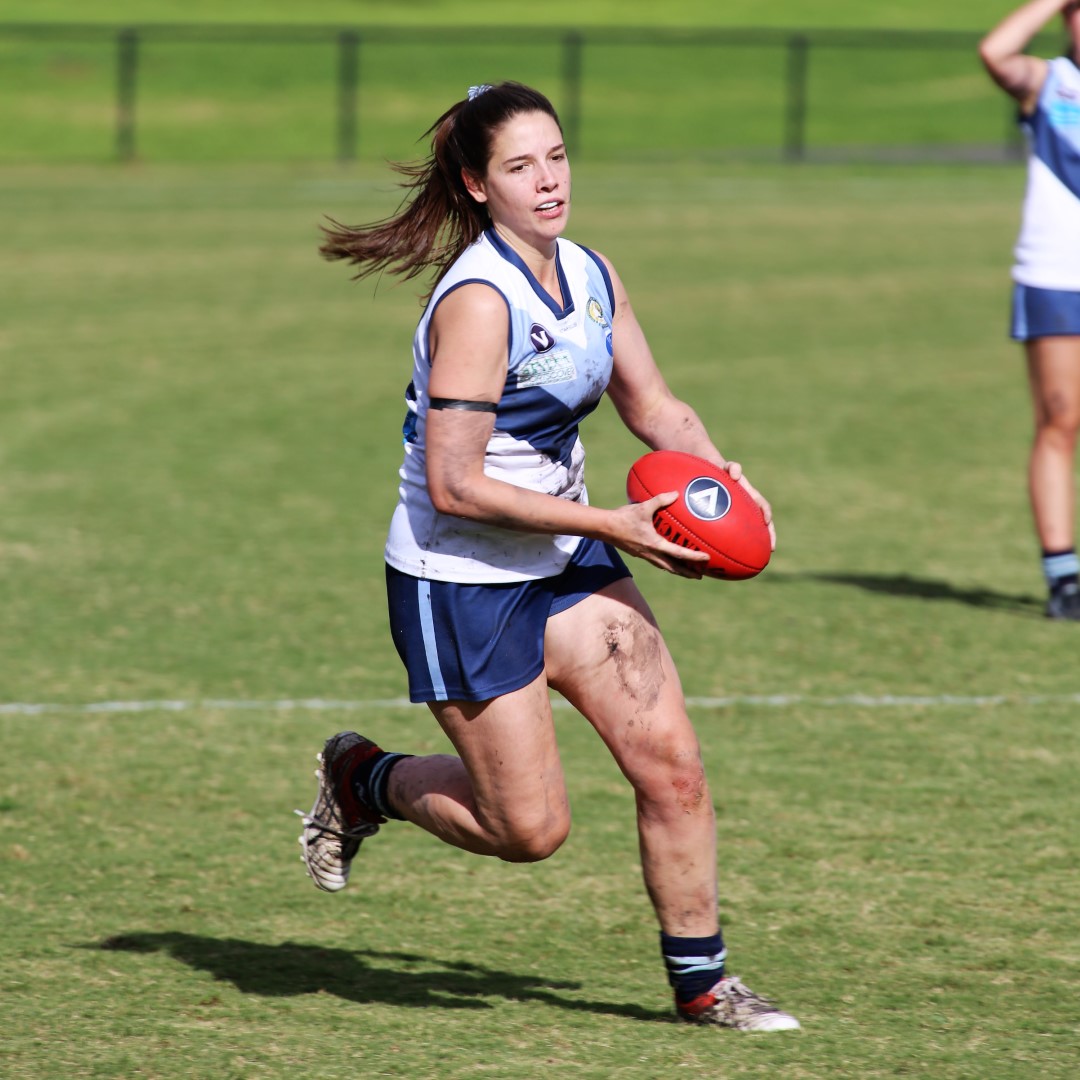 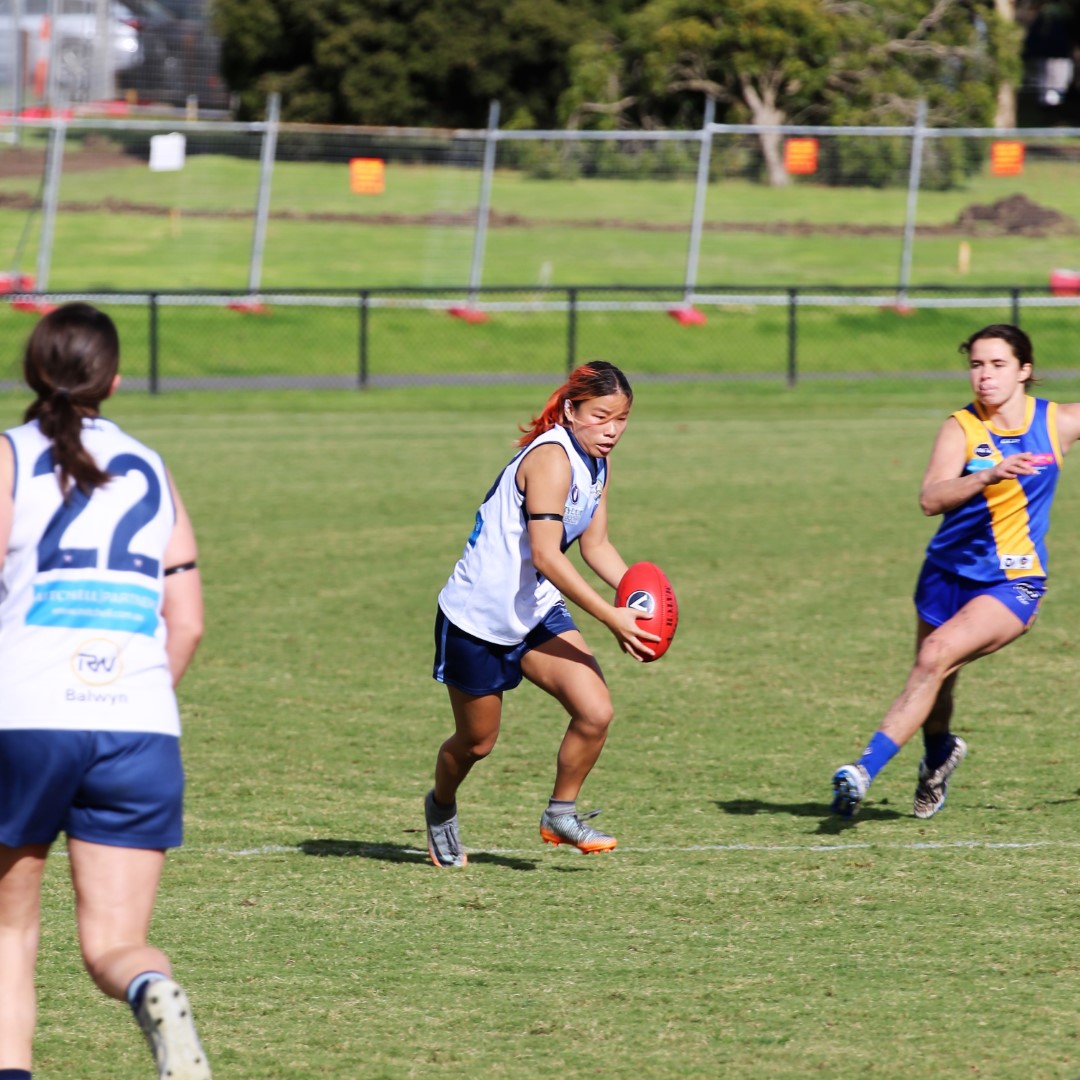 The People’s XVIII played away at the picturesque postage stamp that is Melbourne High School. With the club flexing its muscles in terms of depth, we had a number of boys down from the 2s extended squad, with all signs pointing towards a strong showing from the Wells.

This eventuated as we gained the ascendancy early, led by midfielders Berry, Walsh and Cunningham. Bruce looked likely up forward as did Brett Cottrell, who wound back the years with a vintage performance in his comeback. His brother Matt was equally solid in the middle and up forward, as we enjoyed a 3 goal cushion at the first change. We continued this momentum into the 2nd term, with Michael Hook looking great down back, it was fantastic to see him offering his leadership and defensive talents to our cause. Other notable contributions came from Sam Guss, Dan Rappel and MacCallum, but all in all the second quarter was the Ben Reid show, as his second efforts and sheer determination carried us to a commanding lead at half time.

The 3rd quarter proved to be an arm wrestle, with our boys squandering great chances in front of goal. With Rusty off injured, Matt Vogel shone in the midfield whilst Pat Dennis became prominent in the 3rd quarter. The highlight of the quarter was Nick Smith, who sprinted half the length of the ground just to save a goal on the cusp of 3/4 time, much to the delight of his teammates and coaches alike. We sewed the game up in the last, with Hooky going forward and kicking a great goal (playing on his brother). The win keeps us equal top of the ladder as we look forward to Emmaus St Leo’s away next week.

The reserves returned to the Barnyard with a strong lineup in Round 6 against a familiar foe in PEGS.

With a first quarter breeze, PEGS were able to put on a couple of cheap early goals, highlighting their greater readiness for the contest. The Wellers were able to stem the flow and pull back into the game in the second quarter with some crafty forward play from Augustes and strong defensive coordination from Warburton and Lattanzio.

Unfortunately, the second half was defined by PEGS' superior ability to adapt their game style according to the wet and windy conditions, with the Wellers unable to break the game open with the wind in the last quarter.

A frustrating and disappointing loss, and one that will shape our approach for the remainder of the season.

Despite the result, it was encouraging to see the big bear, Nick Adamson, back out there playing his first game after a long term injury, his 100th game at OCGAFC. Ado brings an infectious energy to the club, and we look forward to his continued strong performances on and off field. 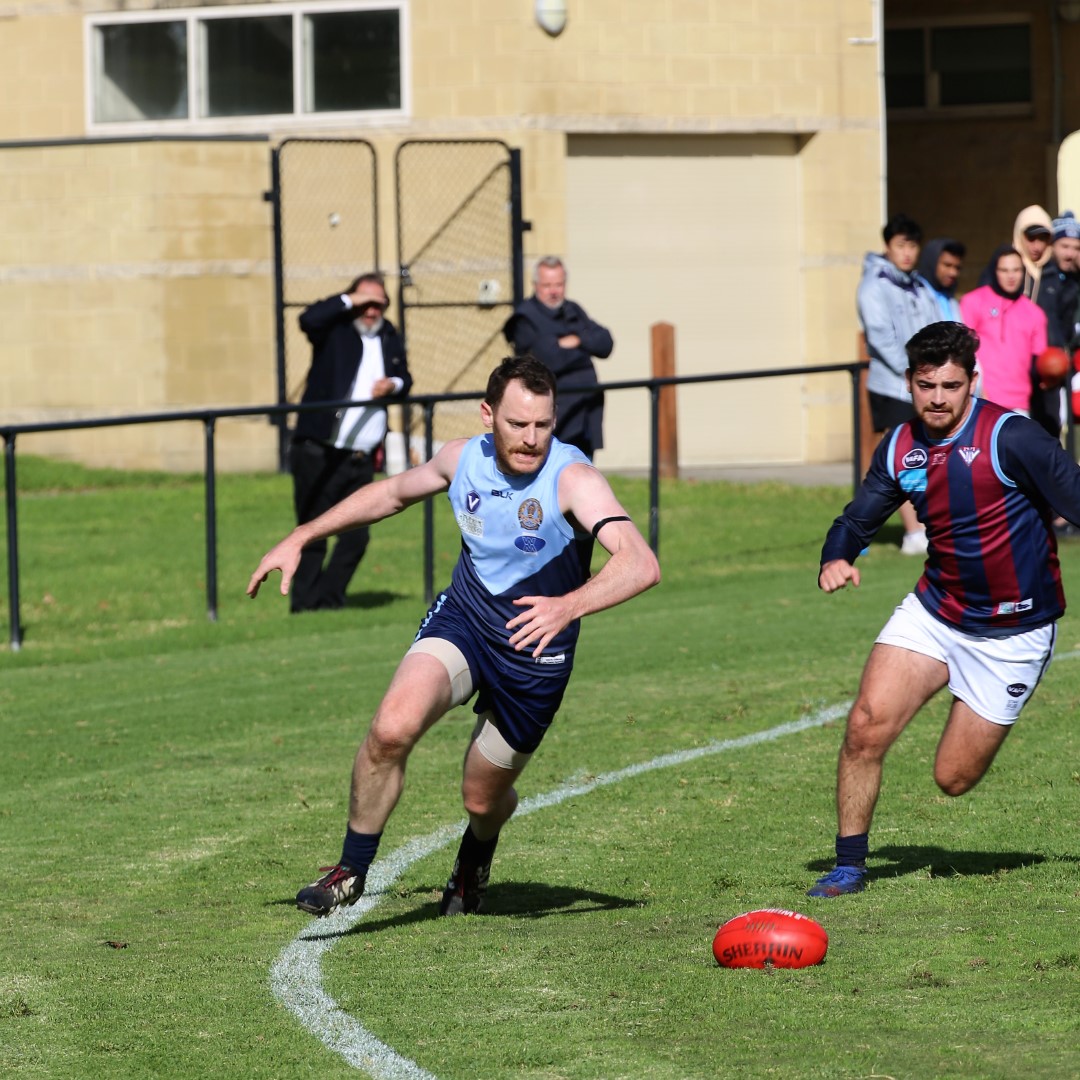 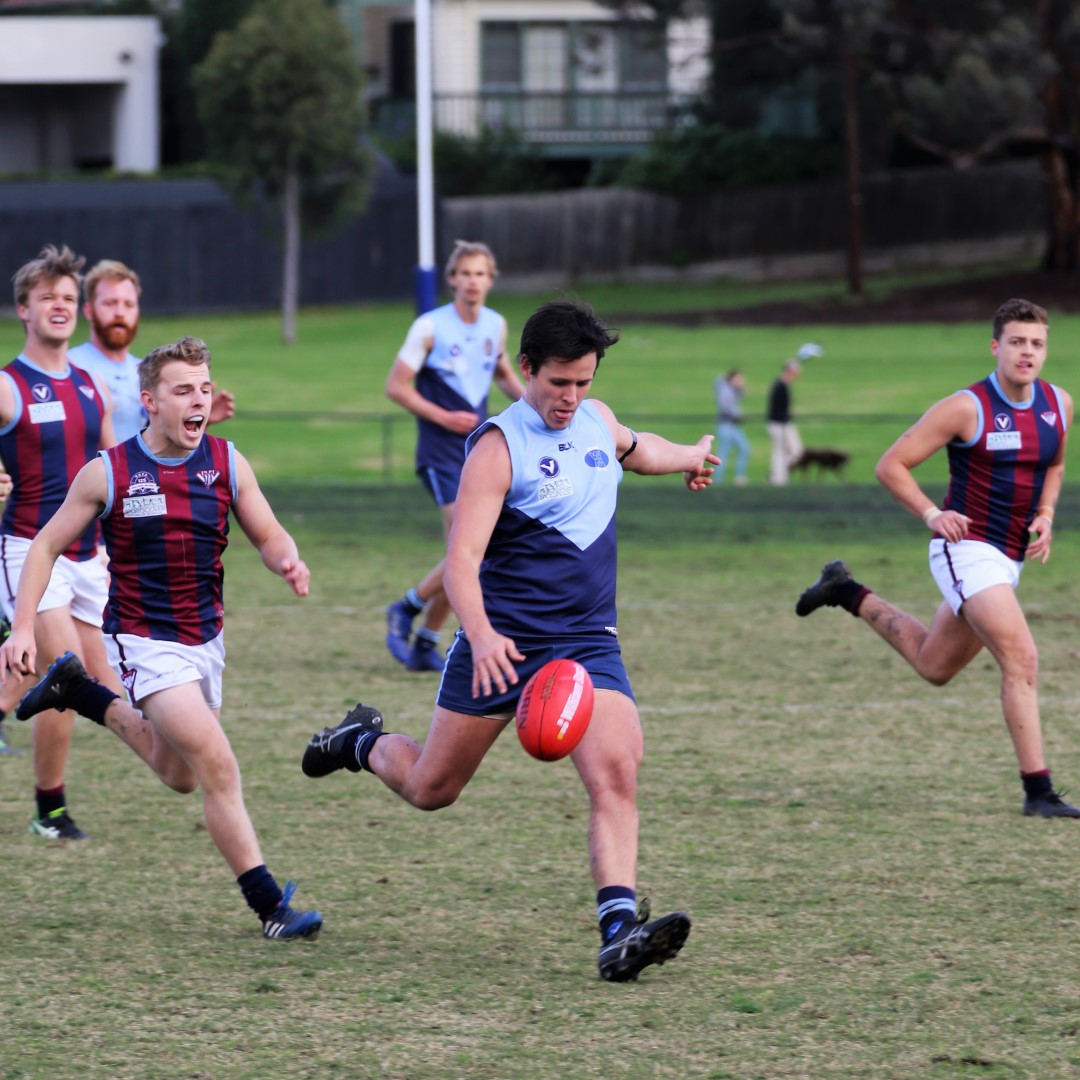 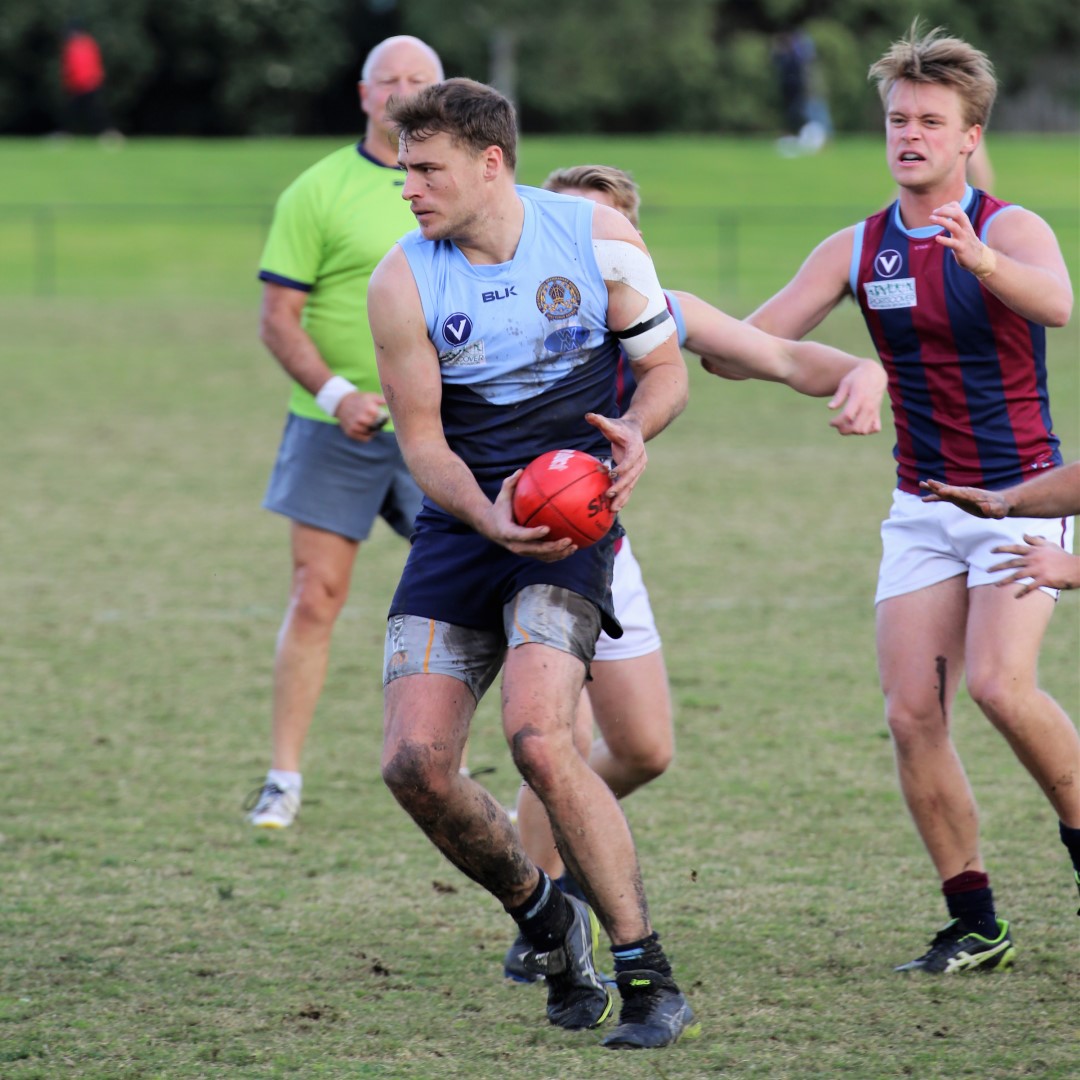 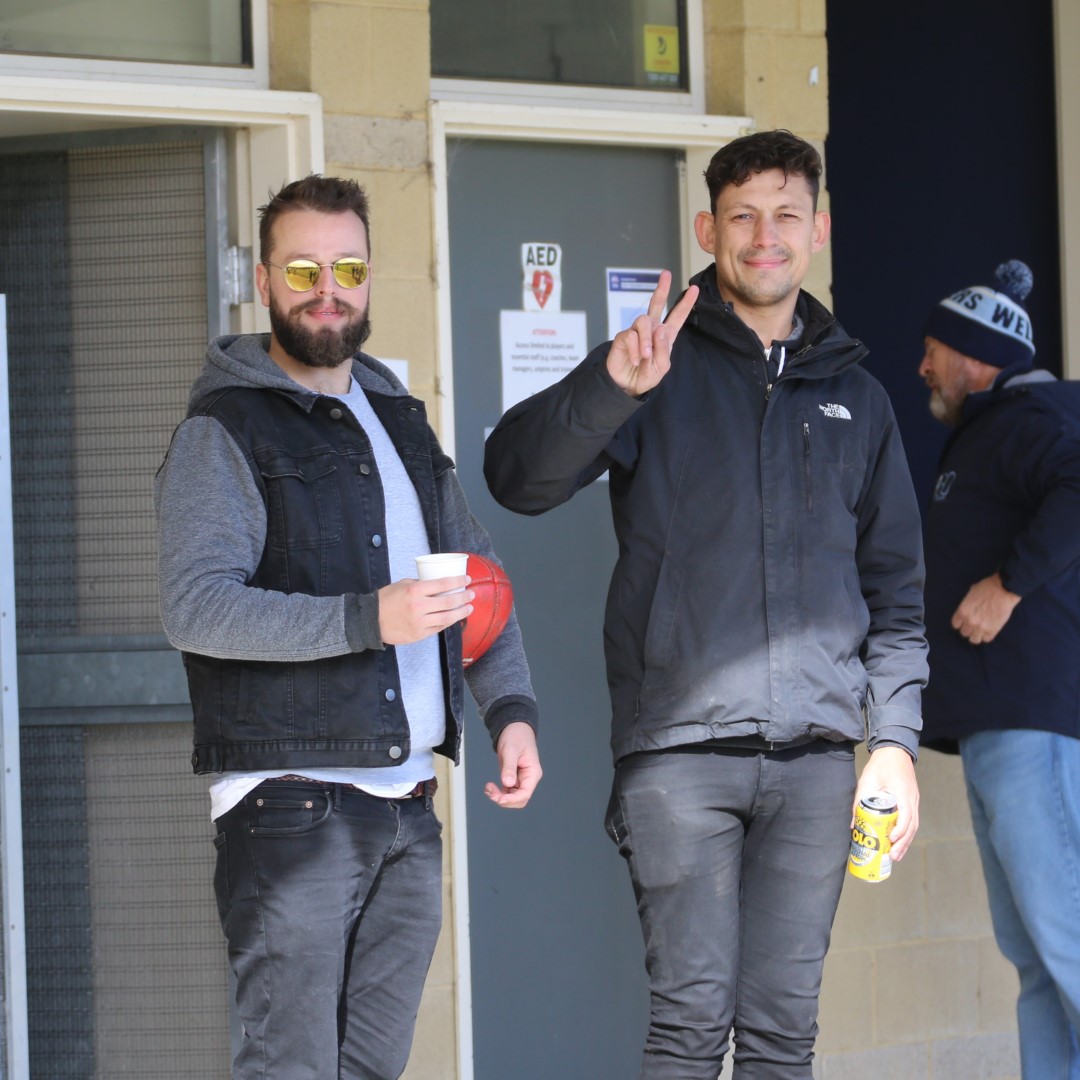 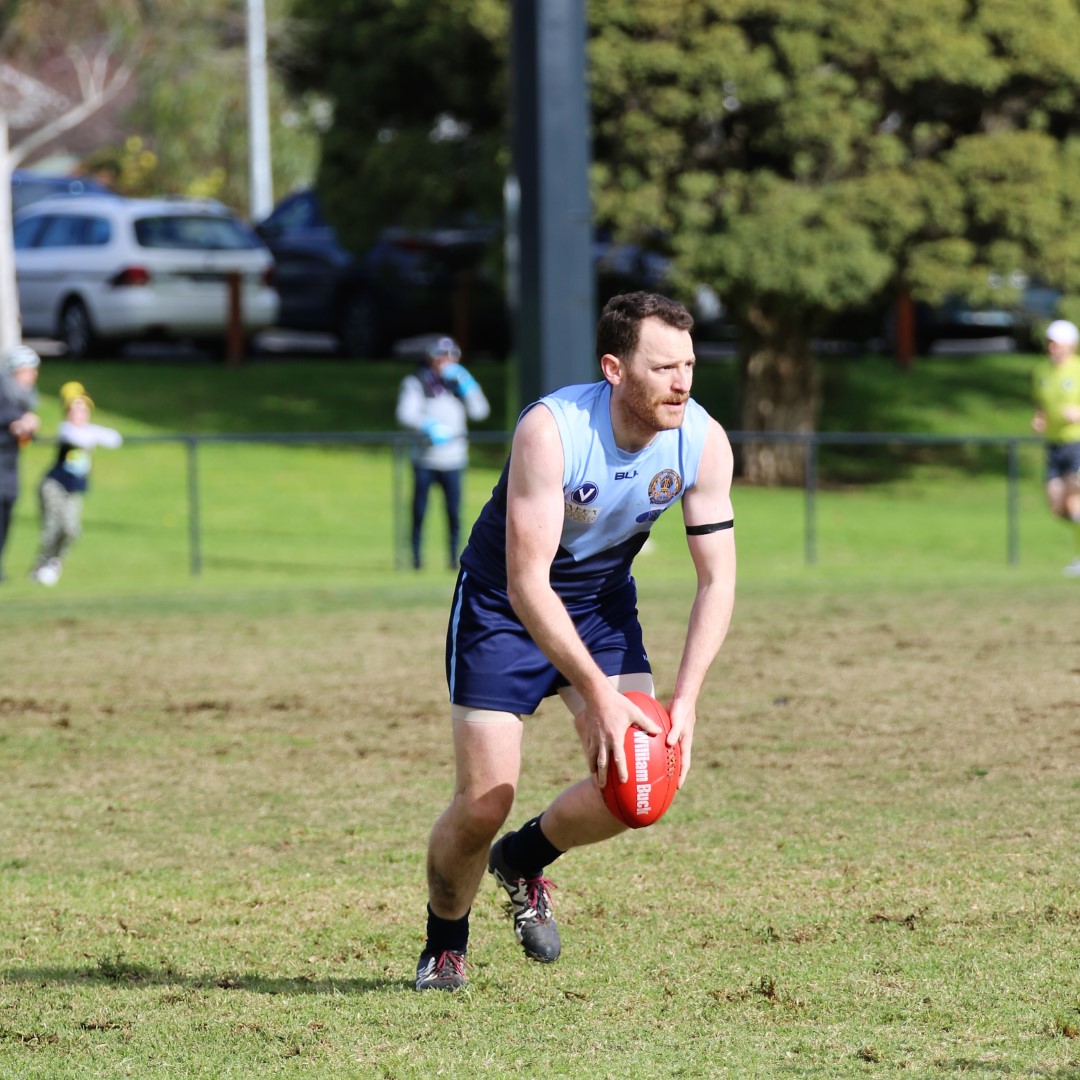 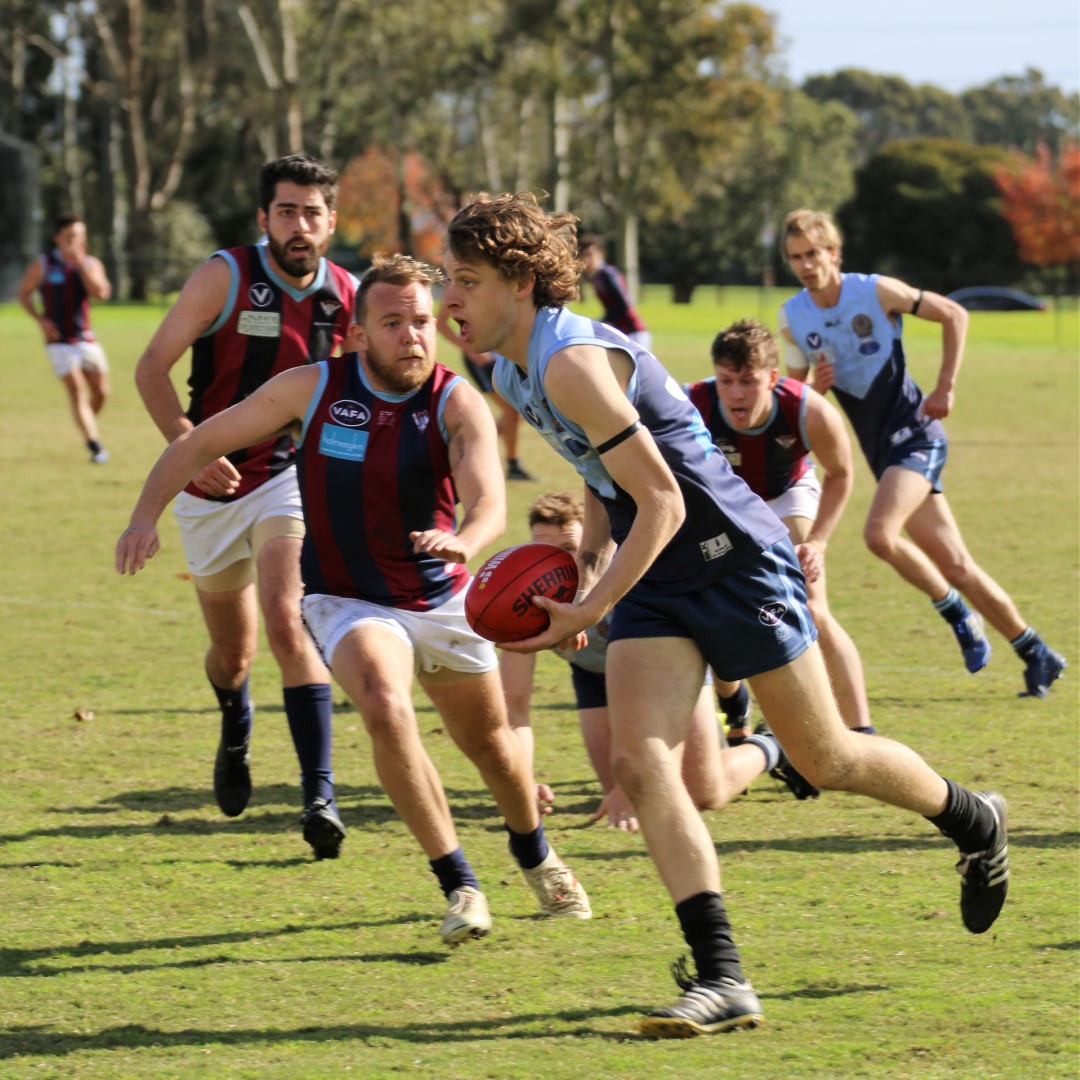